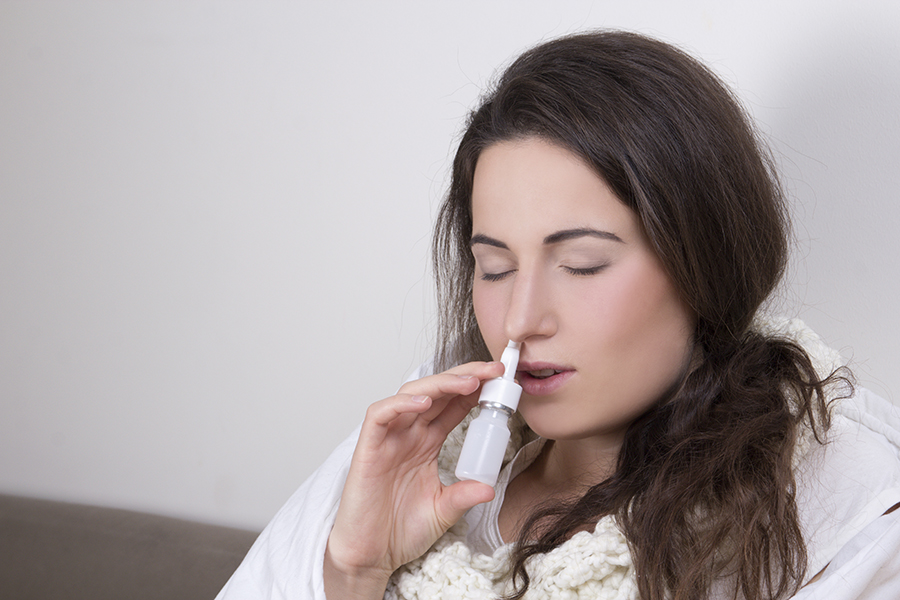 If you ever had a stuffy nose, you might have used nasal sprays to help you decongest.

Now, there is a product being tested for mental illness that delivers treatments through the nose.

Researchers at the University of Oslo in Norway have tested a new device for delivering hormone treatments for mental illness.

The treatment would deliver Oxytocin, a hormone that has shown promise for treating mental illnesses, through the use of nasal sprays. Since oxytocin is a large molecule, it is difficult to get the hormone to the brain, therefore researchers have collaborated with the company OptiNose to develop a nasal spray to deliver the oxytocin to patients.

The study observed that the men who were given oxytocin intravenously felt no effect. This shows that oxytocin is most effective when delivered straight to the brain like through a nasal spray.

Oxytocin is responsible for enhancing a person’s sense of:

There are many life situations where the body stops producing healthy levels of oxytocin:

The next step in the research is to conduct tests on people with mental illnesses. Hopefully, this new way of administrating oxytocin could be beneficial for people who need it most.

“We hope that this research project is the first step in the development of a series of new medicines that may be of great help to more people with mental illness,” concluded University of Oslo Professor Andreessen in the trial.

OptiNose will be different from traditional nasal sprays because it will be constructed in a way to deliver the medicine high up into a patient’s nasal cavity. This enables the brain to deliver the hormone into the nerve pathways.  Since less medicine is lost along the way, patients can take smaller doses and experience fewer side effects.

More research is planned to determine the effectiveness of the hormone. The hope is that it can provide some relief to patients suffering from mental illnesses. If you think you might be struggling with a mental illness, please see a professional to discuss your condition. If you or someone you love is struggling with substance abuse or addiction, please call toll-free 1-800-777-9588.