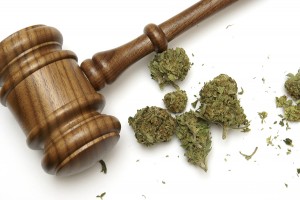 One of the biggest topics getting any attention these days is the reforms and discussions that revolve around legalization of marijuana. Last November the supporters of medical and legalized marijuana showed up in full force to vote in the Midterm elections in some states. Several states have passed legislation to allow marijuana to become available to the public in one capacity or another, and other state politicians are gearing up to push for similar reforms.

While many are skeptical as to whether their state will be one of the next to pass a bill for weed to be legal for medical or recreational purposes, there is one senator in New York who is pretty sure the proposed policy will fail, but she intends to give it a shot anyway. Talk about dedication.

New York State Senator Liz Krueger took to the airwaves this past Wednesday to promote her proposal, which is designed to legalize, regulate and tax marijuana for recreational use. Senator Krueger argued during her segment that the legislation will provoke invaluable discussion, despite the fact she acknowledges the bill itself stands very little chance of really passing in the Republican-dominated State Senate.

The interview was broadcast by Brian Lehrer on WNYC, and Senator Krueger spoken openly about her position, and said she has modified the proposal from the original draft she had proposed last session in an attempt to imitate the more effective and constructive aspects of legalization measures in that have been placed in other states such as Colorado and Washington. New York already has medical marijuana, but now she is pushing for a more liberal policy.

The legislation as it stands now would levy a $50-an-ounce tax on sales of marijuana in the state, and require that all products be subjected to childproofing regulations similar to those in place for tobacco and alcohol products. As a liberal Democrat from the city of Manhattan, Krueger is very dedicated to pushing this conversation forward, even if it means this bill will not make it, it still won’t be considered a wasted effort. In regards to the childproofing regulations, she pointed out that both tobacco and alcohol have so far been proven to be more dangerous substances than marijuana. She said,

“We don’t outlaw those, we put regulations on them and we tax them. That is a failed model after 80 years of the drug wars against marijuana.”

Senator Krueger further argued that legalization is a common sense measure that enjoys the support of the majority of New York residents.

Surprisingly there is a fair amount of opposition. Governor Andrew Cuomo, the State Senate Republican leaders, even a majority of Democratic legislators do not support legalization.

Krueger, live most supporters, believe that it is about more than just boosting the economy with pot shops and tie-dye t-shirts. She also spoke about the idea that marijuana arrests disproportionately impact nonwhite youth, and put people on a path of incarceration that typically results in repeated offences.

“We would save an enormous amount of money in our criminal justice system being wasted. We would not be destroying the lives of young people, particularly of color,”

She even admitted that along with most Americans, she has used marijuana at some point, but thinks that the system supports stigma instead of change.

Losing the Battle or Winning the Weed War?

The New York state Senator still confessed the bill is unlikely going to gain any real foothold in Albany at the moment. However she is confident that presenting the idea, no matter if it succeeds right now or not, will help spark more conversation for the future. The previous bill preceded the passage of medical marijuana legalization in New York. Governor Andrew Cuomo made New York the 23rd state in the nation to allow marijuana for medical use earlier this year, so Krueger hopes recreational use will be next.

“I believe putting out the bill I did then helped move the dialogue and discussion to move forward to at least pass medical marijuana. I see this as an education process, a building process of public support.”

She said many constituents have contacted her with notes of their own for the evolution of her old bill, and she said she is hoping for the possibility that her party might take over the State Senate for the Democratic Party in 2016. While there has yet to be a definite answer, Krueger seems sure that the ends will justify the means.

Marijuana is getting a lot of attention in the area of reform, and whether it is intended for recreational or medical use, addicts have to be aware that a drug is a drug, and any one of them can destroy your quality of life. If you or someone you love is struggling with substance abuse or addiction, please call toll-free 1-800-777-9588