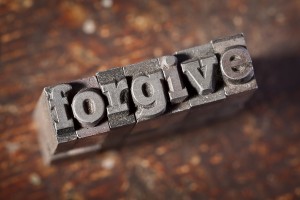 You may have heard various famous sayings about forgiveness. One, in particular, come to mind:

“The weak can never forgive. Forgiveness is the attribute of the strong.” – Mahatma Gandhi

I always figured that weak and strong in this quote were figurative; turns out that Gandhi might have been onto something more tangible when he said this.

Recently-published research suggests that we can actually bolster our physical strength by practicing forgiveness. This sort of ability comes in extra-handy as we age and start feeling the effects of time on our bodies:  hills appear to be steeper and distances seem longer than they once did.

A simple way to lessen this energy-sapping perception that everything feels that much more difficult, and one which allows us to access reserves of strength we didn’t know we had, is to think about someone who has wronged us and then forgive them.

Another quote about forgiveness of which I am quite fond and one that now has new meaning is this little gem:

“Forgiveness is not something we do for other people: we do it for ourselves – to get well and move on.” – Unknown

“The benefits of forgiveness may go beyond the constructive consequences that have been established in the psychological and health domains,” writes a research team led by Xue Zheng of Erasmus University’s Rotterdam School of Management. “Our research shows that forgivers perceive a less daunting world, and perform better on challenging physical tasks.”

“A state of unforgiveness is like carrying a heavy burden—a burden that victims bring with them when they navigate the physical world,” they add. “Forgiveness can lighten this burden.”

There were two different studies conducted. In the first one, half of the participants were asked to write about “a time when they were seriously offended by another person, and ultimately forgave them.” The other half wrote about a similar incident from their past, but one where they continued to hold a grudge toward the other person.

Afterwards, each person “walked individually to a predetermined point at the base of a nearby hill,” and estimated its steepness. Those who had forgiven the offender perceived the hill to be less steep than those who hadn’t forgiven the person from their past.

Afterwards, participants were asked to jump five times without bending their knees. The height of their jumps was recorded in centimeters.

The findings were as follows: there was no significant difference in jump height between those who forgave others and those who wrote about a benign situation. But, these two thirds jumped higher than the last third – the one in which the participants said they hadn’t forgiven the other person.

To the researchers, this suggests those who had failed to forgive felt weighed down, leading them “to jump less high than they otherwise would.”

Other Significances to Consider

Researchers said that, “Victims who are unable to reconcile with their offenders often feel a sense of powerlessness.” Therefore, forgiveness may lead to increased feelings of personal power, which then manifest themselves in greater physical strength.

Another thing to consider: lack of forgiveness “can increase rumination, which may decrease the availability of cognitive resources such as glucose that can otherwise be used to cope with physical challenges such a jumping or climbing a hill.”

Struggling with resentments and staying in victim mode will keep you from healing and growing. Substance abuse issues can often go hand-in-hand with these issues, making it that much harder to heal. If you or someone you love is struggling with drugs, please call toll-free 1-800-777-9588.