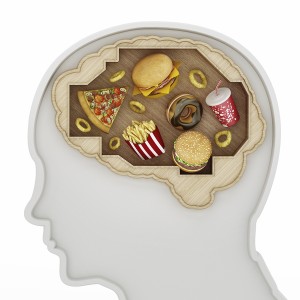 You might have seen a post shared on Facebook that McDonald’s is getting rid of their famous Big Mac, as well as other popular menu items like their apple pie and even the ability to ‘super-size’ your meal. While it’s true that this billion-dollar fast food staple has recently seen a downturn in profits, these rumors are simply untrue.

What is coming to light, however, is that eating fast food on the regular can be doing way more damage than what was initially thought – and observed in obvious fashion. Increased fast food intake is known to cause obesity and a whole slew of other physical health problems.

New research reveals that daily consumption of fast food not only causes obesity but hurts children’s academic performance, a new study suggests. A study, which was featured in SAGE Journal, found that students who ate fast food at least once a day had slower growth in math, reading, and science skills than their counterparts who didn’t eat fast food.

Researchers at Ohio State University used data from the Early Childhood Longitudinal Study-Kindergarten Cohort, a national survey of nearly 12,000 students, and asked students between fifth and eighth grade about their eating habits as part of an effort to compare the frequency of fast food eaten and academic gains made, if any, within a three-year span.

“High levels of fast food consumption were predictive of lower growth in all three academic subjects,” Kelly M. Purtell, the lead researcher, told The Huffington Post. “Fast food is really pervasive right now, and there are a lot of reasons why kids eat it and why families use it. Because of this, we have to think broadly about lots of different ways to make families not be reliant on fast food.”

And this is supported by past research, that started a couple of years ago in 2013; a report by Action for Healthy Kids, a public-private partnership of more than 50 organizations committed to promoting children’s health, showed that children who started their day with a nutritious breakfast and later engaged in an hour of physical activity increased their cognitive ability and improved their disposition toward school.

The average American eats 79 pounds of added sweeteners every year along with 63 pounds of fat – to put that into perspective that comes out to almost a full stick of butter every day. With those habits, it doesn’t take long for damage to occur. “Negative changes in brain chemistry can occur after just a few weeks of unhealthy eating,” says Suzanne Craft, Ph.D., a professor of gerontology and geriatric medicine at Wake Forest School of Medicine. Craft found that people who ate meals with high levels of sugar and saturated fat for as little as one month performed more poorly on memory tests. Not to mention that they were also 40% more likely to experience depression.

Researchers suspect that one of the most toxic effects of chronically consuming fast foods may be the suppression of a brain peptide called BDNF (brain-derived neurotrophic factor), which is involved in memory formation and learning.

A toxic diet of mostly fast foods also causes a chemical reaction that promotes inflammation in the brain, which can damage cells and disrupt connections between neurons. This causes a loss of synaptic plasticity, meaning “you’re less able to make new neural connections, you’re less able to activate your memories, and you’re less able to focus,” says Ewan McNay, Ph.D., an assistant professor of behavioral neuroscience at the University at Albany.

The Take-Away (if you will)

While sporadic eating of fast food doesn’t result in nutrient deficiency, the Centers for Disease Control and Prevention warns that regularly consuming the high-salt, high-sugar meals often found in popular fast food franchises and corner stores causes memory loss and slow brain development in children. Those foods lack the nutrients essential for cognitive development – including calcium, iron, Vitamin C, and zinc – at a time when children and adolescents are developing the fastest.

If you or someone you love is struggling with substance abuse or addiction, please call toll-free 1-800-777-9588 to speak with an Addiction Specialist, day or night, who can answer your questions. We are here to help. Remember: you are not alone.