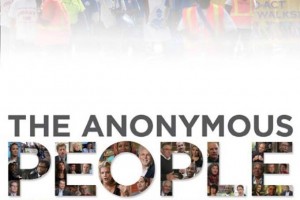 The movie The Anonymous People is an independent feature-length documentary about the 23 million Americans – approximately – who are living in long-term recovery from alcohol and drug addictions. It reveals the movement to bring recovery out into the open and aims to change the addiction conversation to focus on solutions, rather than the problem.

1930s – Bill W. and Dr. Bob begin what was to become Alcoholics Anonymous.

1940s – Marty Mann, sometimes called “the first lady of AA” was a sponsee of Bill W’s, and initiated the advocacy movement – with Bill W’s blessing, calling for community action. Even at this time, Mann was emphasizing that addiction was a medical disease that requires medical treatment, not imprisonment.

1970s – Operation Understanding – was a movement that aimed to bring awareness to the disease of addiction out in the public sphere and attempted to change the negative stigma that still surrounds the disease. Many celebrities “came out” for the cause, including actor Dick Van Dyke and astronaut Buzz Aldrin.

Unfortunately, with the administrations of Nixon and then Reagan, a counter movement began, enveloping the “War on Drugs” and “Just Say No” campaigns respectively. This stymied these efforts and seemed to force the movement back into the shadows of the anonymous rooms of AA.

The issues that The Anonymous People tackles are, first and foremost, the 12th Tradition of AA that says “we of Alcoholics Anonymous believe that the principle of anonymity has an immense spiritual significance. It reminds us that we are to place principles before personalities; that we are actually to practice a genuine humility.”

There is a lot of back-and-forth about this topic; people like those involved in the advocacy movement who say that there’s a distinction when it comes to remaining anonymous. They believe that the 12th Tradition does not prohibit us from advocating on an individual basis, only that we shouldn’t act as representatives of AA.

By doing this, we begin to change the negative stigma that surrounds recovery. Right now, the focus still seems to be on the ‘problem’ – addiction, rather than on the solution: ‘recovery.’

The overall goal of the advocacy movement is to change the conversation so that we can begin to get community support for recovery and better preventive care, such as that which exists for cancer survivors. After all, those of us in recovery are indeed struggle with a life-threatening disease, too.