Does it Matter Why Someone Goes to Rehab? 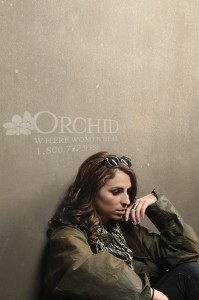 In my opinion, the answer to this question is a simple ‘no’…it really doesn’t matter why someone goes to rehab. But I’ll explain further in the content below.

First, I’d like to share a bit of my own story, being that I was once an actively using drug addict and I went to rehab as a way to start my journey to recovery from addiction.

As I just mentioned, I did in fact go to and complete a treatment program for substance abuse and addiction, which entailed detox, rehab, IOP, and living in a halfway house, or sober living community. I went to treatment willingly, having finally become desperate enough to want to get help for real this time. This was almost two years ago.

In my active addiction, I had attempted suicide officially one time and unofficially numerous other times. At the time of the truly-on-purpose attempt, I was hospitalized and then admitted to the psych ward (yay!). It was during that time that I started to display signs of bipolar disorder: behaviors and thinking patterns that appeared to be symptoms of the psychological disorder, therefore leading my physician to officially diagnose me as such. I mention this for a reason; it would become the reason I decided to go to rehab, although it would take me about 6 years before I came to the conclusion that I needed seriously intensive professional help for my “problem.”

So, fast forward six years, during which I had periods of abstinence followed by ever-increasing drug use, risk-taking, and crime-committing. To me, these were all signs of my worsening psychological disorder, and not due to actual drug addiction (I was still heavily in denial). Sprinkle in a couple of do-it-yourself ideas such as attending a methadone clinic, then quitting cold turkey, moving around the country three different times, acupuncture, then Suboxone maintenance. Mind you, I was medication compliant this whole time, meaning that I took my psych meds regularly and somewhat regularly made it to my appointments both with my therapist and prescribing shrink. I simply believed that ‘my bipolar’ – as I would call it, was out of whack and needed reeling in. That’s when I finally began to consider treatment, in the form of rehab.

I had heard of “dual diagnosis” before and believed that that was what I really needed at this point in my life, after wasting about a decade running around, getting high, and being miserable. At this point, I was willing to accept help in the form of treatment. But it had to be dual diagnosis, after all, it was ‘my bipolar’ that was the culprit. Once I got that mess straightened out, I thought, the drug use would simply go away on its own.

It wasn’t until I got to rehab and attended a couple of the groups and H&I meetings that it really dawned on me: I was a drug addict; that was my problem. When I heard the others share about how they used, why they used, and the thoughts and feelings they had, I realized that I had made the right decision by going to rehab. I was in the right place and, for once, among people just like me.

I tell this little anecdote of why I went to rehab because I think it illustrates quite well that it really doesn’t matter why someone goes to rehab, as long as they are lucky enough to go. In my case, I believed it was mental illness that was causing my substance abuse, which led me to get help. And I am ever so grateful for going through that process.

Many people end up in rehab because their families pressure them into it or else they are court ordered to attend a rehab program. Some might not have been officially ordered by the courts but see rehab as a way to receive a more lenient sentence once they do face their pending charges.

So, does it matter why someone goes to rehab? It really doesn’t. Once in rehab, as long as the person is at least willing to be willing and at some point decides to be open to the process, rehab can be successful at helping them begin their life in recovery.

Making the decision to go to rehab can be a scary and daunting one. You might be unsure about whether treatment can help you or a loved one who suffers. The good news is that there are Addiction Specialists available around the clock to field your questions about substance abuse, addiction, and even matters regarding insurance coverage. Call us toll-free at 1-8000-777-9588 today.