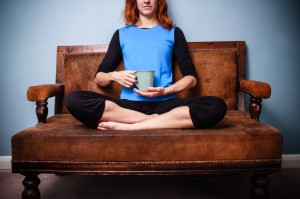 I’ve already said this before and many times at that but, I will say it again: going to rehab for me was like waking up on Christmas morning – awesome. I say this because I was completely done with running and being sick, falling apart inside and out. And it was comforting to be in a safe place that I knew would help me figure things out and begin to put my life back together. That is why I say rehab is awesome.

From a woman’s perspective, being in active addiction can be a very dangerous and risky place to be. It’s actually quite a miracle that I made it this far in life. Besides all of the health risks I was taking by being a poly-substance abuser and an IV user, at that, being a female meant putting myself in often dangerous situations. In fact, I did not come out completely unscathed. But I am alive.

As a woman going to rehab, it was an added comfort to know that I was physically safe. I went to a co-ed rehab but was never uncomfortable being around the male patients and male techs there. Men were on a separate floor from women. We ate together and had “groups” together. There was group therapy, one-on-one therapy, and educational classes during which I learned about the many aspects of addiction – physical, physiological, social, and so on. And we had gender-specific groups, such as Trauma. That was also a comfort to me. That I could feel safe to open up about my experiences so that I could begin to heal.

In rehab, I heard other women sharing about similar thoughts and feelings I had been experiencing. They spoke of an emptiness, “void,” they felt inside. I was well aware of this feeling. I named what I was lacking to be inner peace. And all through-out my addiction, I had been seeking out ways and things to fill that void. Never realizing that it was something that had to come from within. If it wasn’t a drink or a drug, it was a relationship or a job or a new city or a new state. I was desperately looking everywhere but within.

I also learned tools for attaining and maintaining sobriety. In rehab, I was exposed to the 12 Steps and fellowship meetings for the first time both within the facility as well as by going to outside meetings. I got to speak with the women who came to speak and who were bringing these fellowship meetings into the facility. It was helpful to meet other women in recovery who also had some time under their belts. They would give me suggestions, such as finding all women’s meetings once I left rehab.

Being in rehab was exactly what I needed to turn my life around. I was in a safe place, tucked away from people, places, and things. Unlike most of the people in treatment with me, I had not gone away to a rehab; I got clean in the very spot that I was getting high.