Kate Moss Is At It Again 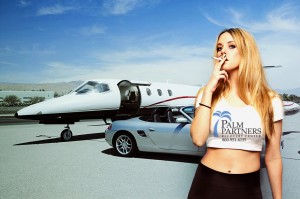 A very drunk Kate Moss talked her way onto a flight from Turkey to London on Monday night – and without a ticket.

The supermodel was in the country apparently to attend a detox center. She then arrived at Bodrum Airport in southwest Turkey, “clearly inebriated.” Moss held up a long line of passengers at the EasyJet check-in desk bartering her way onto a flight bound for London’s Gatwick airport.

According to a witness, who told MailOnline that Moss was trying to travel without a ticket – a conclusion the witness came to due to the 40-year-old spending a significant amount of time talking to the duty manager.

However, EasyJet representatives have since dismissed claims that Moss “disrupted” the flight causing a delay; they reported that “everybody on that flight had paid for their seat but the delay to the flight was not related to any one passenger, it was due to a delay of the incoming flight.

Representatives went on the say that “the behavior of the passenger didn’t disrupt anyone on board and there was no cause for concern in relation to any of the passengers in terms of safety and wellbeing.”

Kate Moss is at it again, after spending time at The LifeCo, in Göltürkbükü, where she has previously stayed.

She arrived at the airport at 8:30pm and the flight was delayed until 11:51pm, making it two hours and 21 minutes behind schedule; it subsequently arrived late at London Gatwick.

During the flight, the supermodel and mother-of-one, was reportedly happily chatting away with other passengers.

A number of star-struck travelers took to Twitter to say report the famous model sighting.

One user, Rayanne, posted: “Just got off my flight with a very drunk Kate Moss.”

Another, Amelia tweeted: “Seen Kate moss drunk in the airport.”

Vacationer Jess shared: “Kate Moss was on the same plane as me yesterday and she was out of it.”

If you or someone you love is struggling with substance abuse and addiction, help is available. Even if you have been to rehab before, and even if you’ve been a lot of times in the past, you can still recover. Let us tell you how. Call us toll-free at 1-800-777-9588 to speak directly with an Addiction Specialist, day or night. You are not alone.