In The News: Oxycodone/Naloxone Pill Developed 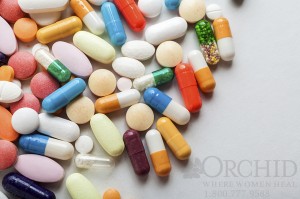 There’s a new painkiller coming to a pharmacy near you. It’s called Targiniq and it’s just been approved by the FDA.

The drug is a combination of the powerful painkiller, oxycodone –the generic name for the painkilling substance found in Percocet and Oxycontin, and Naloxone, an opiate blocker, in an effort to deter abuse. The opiate blocker Naloxone is a drug that is used to reverse the effects of an opiate overdose and, as a ‘blocker,’ has the effect of cancelling out the ‘high’ that people seek when abusing opiates.

Targiniq is designed to curb abuse by only working as it is intended to. That is, according to Dr. Daniel Hussar, Professor of Pharmacy at the University of Sciences, the painkiller pill with combat pain when swallowed as prescribed; however, if the user snorts or injects it, the naloxone will kick in, rendering the pill useless as a recreational drug and might even induce withdrawal in some users, known as being dope sick – an extremely uncomfortable condition.

“When it gets into the system at the same time as the oxycodone, it will block the effect of the oxycodone, and those abusing the product will not derive the same high that they otherwise might,” he said.

As it stands, this new formula of the drug will only be available in longer-lasting, also called extended release medication, which is often prescribed to cancer patients.

Officials with the FDA noted that approvals of painkillers take into account deterring potential abuse while still providing some way of providing relief for patients who suffer intense daily pain that does not respond to other medications.

In recent years, the FDA has come under intense pressure to reel in the use of narcotic painkillers due to an increasing number of reports of escalating painkiller abuse in the United States.

For example, in 2010, Purdue Pharma introduced a hard-to-crush version of Oxycontin, and research has shown that abuse of Oxycontin has since decreased, according to CNN.

According to the latest CDC estimates, deaths related to overdoses of narcotic painkillers have quadrupled since 1990, reaching more than 17,000 deaths in 2011.

Are you taking painkillers even though you’re not even sure if you need them anymore? Do you want to stop but can’t seem to be able to? Believe it or not, many people find themselves in situations like these. The good news is that there’s help available. Call us toll-free at 1-800-777-9588 to speak directly with an Addiction Specialist. We are available around the clock to answer your questions and share our resources. You are not alone. Call today.