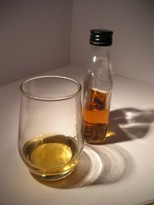 Researchers at the University of Pittsburgh Medical Center are reporting they have found a link between patients undergoing gastric bypass surgery to reduce their weight and the development of alcoholism. This could potentially affect many patients as The American Society for Metabolic and Bariatric Surgery approximates roughly 200,000 gastric bypass procedures are done each year in the U.S. With the obesity epidemic in this country growing, the number of individuals who need to be educated about this possibility will continue to escalate as well.

Addiction Transference May be to Blame

People have long struggled with the idea of gastric bypass surgery being a long-term solution for obesity because it does not deal with the root cause of the issue. Some individuals who are obese need to exercise more and decrease portion sizes, which the surgery enforces as only a certain amount of food can be ingested at a time indefinitely following the procedure. However, other individuals are emotional eaters or have an actual addiction to food. If the ability to use these coping mechanisms disappear overnight with no counseling and/or awareness on the part of the patient on how to deal with the change other behavioral dysfunction may easily arise. In the case of alcoholism, an individual is still free to drink after gastric bypass surgery, even though their food intake is limited. It is not a huge leap to exchange excessive drinking for overeating.

During gastric bypass, the surgeon shortens the length of the intestines and decreases the size of the stomach. This has the effect of drastically reducing the amount of food a person can ingest at one time. Nevertheless, beverages, including alcohol, are not limited by this procedure. All that happens with alcoholic drinks are they move through the system more rapidly. They breeze through the stomach and are absorbed by the intestines quickly. The alcohol hits the liver fast and the patient feels intoxicated at a much faster speed than normal. They also feel sober faster, which may prompt them to drink more.

This may be the exact process happening for many individuals who have had gastric bypass according to the University of Pittsburgh Medical Center. They followed 2,000 patients before and after receiving the surgery. They discovered roughly 7 percent had issues with alcohol before the procedure while nearly 11 percent reported symptoms of alcoholism two years following the surgery.

What measures do you think doctors need to take to help patients avoid trading an addiction for food with one of alcohol? Share your ideas below.