Imagine that you are constantly on edge, worried that something bad is about to happen.  You’re hoping you don’t freak out in front of your boss today.  You are positive everyone is talking about you and how you are so annoying.  You just want all this checking and double checking and tension to be gone.  Now.  If only you could just blank it out.  If you are on the edge of desperation with your anxiety, you could be at risk for misusing drugs and alcohol and possibly becoming addicted.

Anxiety Can Be So Painful To Endure 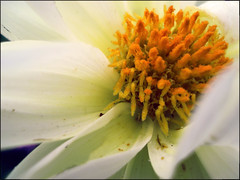 It may seem like a big leap to go from worrying to being a drug addict.  And if it’s the mild variety worrying many people do when faced with uncertainty, you would be right to question it.  But if worrying and the physical symptoms of anxiety rule your day, then you might be open to anything (and I mean anything) that could help you get through it.

Take a panic attack for example.  This is an acute episode of some really uncomfortable symptoms, and many people swear they are about to die when it’s really cranked up.  Here’s a list of some common symptoms you might experience with a panic attack – trouble breathing, heart racing, sweating, shaking, dizziness, chest pain or in some other area, fear of losing control, numbness, and the list goes on.  Imagine all of those overcoming you very quickly, and possibly in a public place or while you are driving.  Just the thought of that alone can send a surge of adrenaline through you that can make you feel sick.

You might even begin to develop agoraphobia, which is the fear of public places.  This is not uncommon with people who have panic attacks.  They become afraid of having a panic attack in public and begin to shut themselves off little by little.  Often times they restrict themselves to just their home or a small number places they feel comfortable.

Too Much To Handle Turning to Drug Addiction To Cope

Can you imagine the loneliness and the shame of having this kind of anxiety disorder?  The isolation is at once comforting and painful.  People with panic attacks and agoraphobia often know that their symptoms don’t indicate a physical ailment, but it can be a challenge to change the patterns.  After a long time dealing with this, a person can begin to give up hope.  They restrict themselves and they still feel the anxiety.

At this point, could you blame a person for wanting to turn to a “solution” like drinking or taking drugs?  And in itself, there is even more shame in becoming drunk or getting doped up.  People with excessive anxiety often feel like they are just wrong and faulted by nature, and “going crazy” and getting loaded doesn’t help their sense of self worth.

Drug treatment with a dual diagnosis of an anxiety disorder obviously needs to treat two significant problems at once.  It makes no sense to only do drug treatment while they wait on anxiety treatment.  That has been the way of the past, getting the person sober with drug or alcohol rehab and only then treating the mental health problem.  Now, these problems are treated at the same time.  And as you can see, the anxiety problem can certainly precede the drug or alcohol problem.  It makes sense to address this deeper problem so there is less need to self medicate.

Drug treatment has come a long way in the last several years, and one of its best achievements is to understand better ways to put mental illness treatment and drug treatment together.