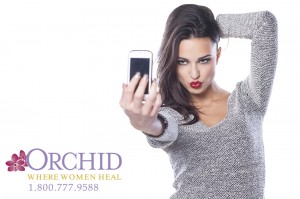 The Adobo Chronicles reported last week that the American Psychiatric Association (APA) formally recognized the excessive taking of “selfies” as a psychological problem by classifying it as a mental disorder and calling it selfitis.

The article went on to discuss the semantics that were being debated reporting that the medical community is criticizing APA’s use of the term ‘selfitis,’ saying that the term given is incorrect because  the suffix –itis refers to a disease that involves inflammation. The article goes on to say that doctors and scientists are arguing for the term should be ‘selfism,’ because, like the addiction to alcohol is alcoholism, the addiction to take self-photos should end in –ism.

To which the APA responded by defending its choice in naming the condition ‘selfitis’ because it is a disorder in which the person suffers from an ‘inflammation of one’s ego.’

Another site went on to describe how the APA even classified the different levels of severity of the so-called ‘selfitis’ disorder, stating that:

So, did the American Psychiatric Association officially confirm Taking “Selfies” a Mental Disorder?

This kind of sounds like it might possibly have some basis in reality although at the same time it sounds pretty far-fetched. If you were leaning towards far-fetched, congratulations – you saw through the bullsh*t. This is a hoax. But what about the story is possibly rooted in reality?

Well, first of all, it’s difficult to ignore the “selfie” trend. Everybody’s doing it. And then there was the recent case of a British teenager, Danny Bowman, who was taking up to 200 selfies a day and admitted that it had become a “mission to get approval.” Bowman’s treating psychiatrist said that his compulsion to take selfies wasn’t a matter of vanity, rather a symptom of Bowman’s body dysmorphic disorder and depression.

The real issue at heart with the growing trend of taking selfies and other “acting out” behaviors via social media is more so about evolving technology and how social trends can be a platform for people with under-the-surface mental issues.

And that’s what’s so perfectly ironic about this hoax: it demonstrates just that. It’s a situation in which social media was used as the vehicle by which the silly notion that the taking of selfies was in and of itself a mental disorder.

There is a distinction, however, and that is this: an obsession with and compulsion to take selfies is more likely a specific manifestation of an underlying psychological disorder – one of perhaps many situations in which social media play a growing role.

If you or someone you love is struggling with substance abuse, addiction, or body dysmorphic disorder, please call toll-free 1-800-777-9588.