Your Emotional Age Gets Stuck With Drug Addiction

How old are you according to your birth certificate?  Have you ever had people say that you don’t act your age?  Well, sometimes that isn’t a compliment.  When you are an adult, people expect you to be able to act in certain ways that are more responsible and mature than teens or kids.  However, so many people with drug and alcohol addiction live how their emotional age is, which is often a lot younger than their physical age.  How does this happen and why does it matter? 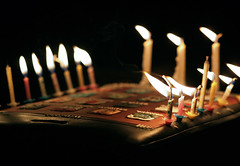 Emotional age is fluid and adjustable, unlike physical age which advances in a predictable way over time.  People with drug and alcohol addiction often hold on to less mature ideas and behaviors that don’t enhance their life.    For many addicts, deep emotional pain often stems from childhood.  When they use drugs and alcohol to cope with these problems, they stunt their emotional growth at that spot.

If a thirty year old man started using drugs at age fifteen, many people would probably agree that he acts much like a rebellious teen despite his true age.  They may float around living on friend’s couches, never have any money for long, have a long string of short-term jobs, and have troubled romantic relationships.  Instead of absorbing the wisdom from his decisions and mistakes, he’s spent the last fifteen years blocking out reality.  He’s mostly used his understanding of the world from the age of fifteen because that’s when he started living to survive.  And when someone lives to survive, emotional growth gets knocked down as a lower priority.

Getting through each day, even if it means being drunk or high, is the only thing they are focused on.  Every deep problem they have pushed off for those years is still there waiting for them when they become sober.  If that man sees this all coming back in his face when he stops using drugs, he may or may not be able to cope with it.  He either decides to go to drug treatment and work through the difficulty, or he goes back to drugs and alcohol like he has always done.

Drug treatment helps to remove the blinders so you can look your emotions straight in the eye.  Gathering up courage and facing personal troubles is what helps a person grow up.  Group therapy, individual counseling, social skills work, and other treatments at drug rehab can all help a newly sober person live each day with open eyes.  If you know your emotional age has been stunted by addiction, make a call today and get started with drug treatment today.