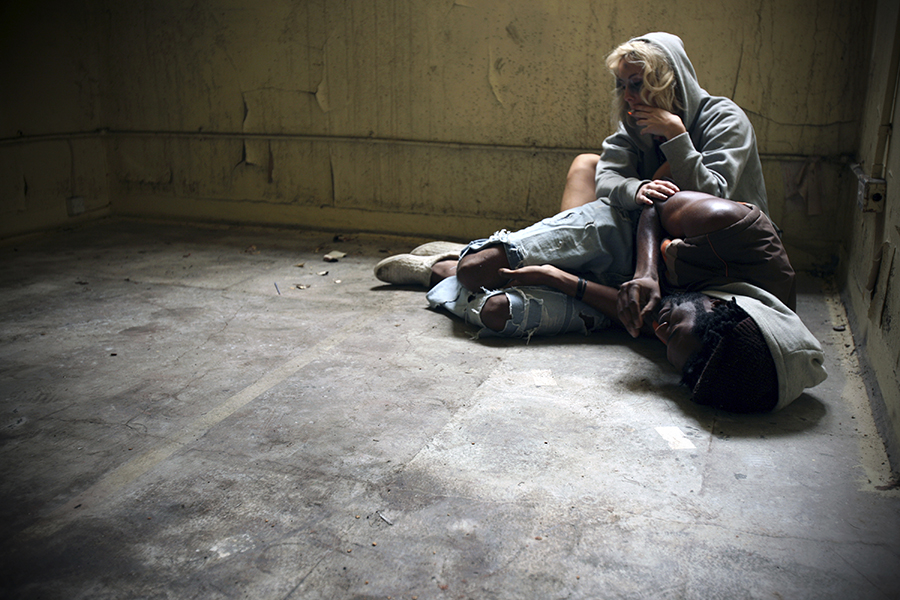 Flakka is a synthetic cathinone drug called alpha-pyrrolidinopentiophenone (alpha-PVP) that has gained a lot of attention nation-wide for its dramatic and horrific effects on the individuals who have used the drug and acted out in bizarre and even psychotic and violent ways.

MTV tells flakka users they can have an opportunity to work with an Emmy Award-winning film team to expose the realities of flakka addiction and abuse, and the page call to action states:

“Have you tried flakka and now can’t stop? Is your addiction getting in the way of your every day life? Maybe your experience on the drug has lead to problems with your family, friends, work or even the law. Is your love for flakka making you feel out of control, but you just can’t find the way to stop? Or have you started to seek help to get over your addiction to flakka? Are you trying get clean and leave your flakka induced wild life behind? Perhaps you are considering getting help, but just haven’t taken the next step yet. If you are addicted to flakka or trying to recover, we want to talk to you.”

The page is calling for people who appear to be between the ages of 18 and 26 and who are interested in sharing their struggles with the designer drug flakka, listing an email address addicts can use to be considered for an upcoming episode of MTV’s True Life produced by Emmy-award winning Gigantic! Productions.

The ad asks for a description of the individuals addiction or recovery, along with person info including:

Should people consider this exploiting sick addicts in the grips of a dangerous and disturbing drug, or is it a way to raise awareness and get the truth out there? People are undoubtedly leaning both ways on this one.

MTV has been both applauded and criticized as appalling for its documentaries in the past, so this is sure to be no exception. Shows like Teen Mom get the best and worst of this kind of feedback because the opinions of how they impact young people are often to one extreme or the other.

Some say these types of reality series’ provide unique glimpses into modern problems that face young people today, but others argue that they encourage destructive or irresponsible behavior.

So what about this episode?

Is simply posting the casting call going to entice young people desperate to get their spotlight to use flakka? Is it going to promote the drug to people who don’t already know about it and inspire a whole new demand for the drug in parts of the country it hasn’t managed to reach on its own?

Is this taking advantage of sick people for publicity?

If I’m being completely honest with my opinion, it can probably be a yes and no.

Maybe there is a better way to get it done, but honestly this could make a huge impact in a positive way. Face it, most young people don’t pick up a newspaper on the way to work every morning, or watch the local news to stay in touch with public health concerns.

This generation is a digital one, and most rely on TV and social media to get their information, so an episode giving a personal and exclusive perspective on flakka addiction and synthetic drug abuse could actually make a difference.

So far the True Life series has been a hit, winning a collection of Emmy Awards and giving viewers a detailed peek into the hearts and minds of young people all over the world who live such distinctive and sometimes obscure lives. From episodes like “True Life: I’m Preparing for the End of the World” to “True Life: I’m a Gay Athlete” and everything in between, the show seems to have done all it can to break barriers and wake up the world to the differences we all have and the collective weirdness we all are.

Given the nature of the show and the viewers, this could actually strike up some more public concern and raise some true awareness with young people to the dangers of these synthetic substances. Exposing them to the real harsh realities faced by flakka addicts could definitely push some people in a different direction, forcing them to see the devastation these drugs have on the lives of the users and the people around them.

Synthetic drugs are often self-destructive and even life threatening, and new methods for raising awareness may save lives. Too many people fall victim to drug overdoses and other complications of abuse and addiction. If you or someone you love is struggling with substance abuse or addiction, please call toll-free 1-800-777-9588