4 Factors of Suicide Risk in Addiction 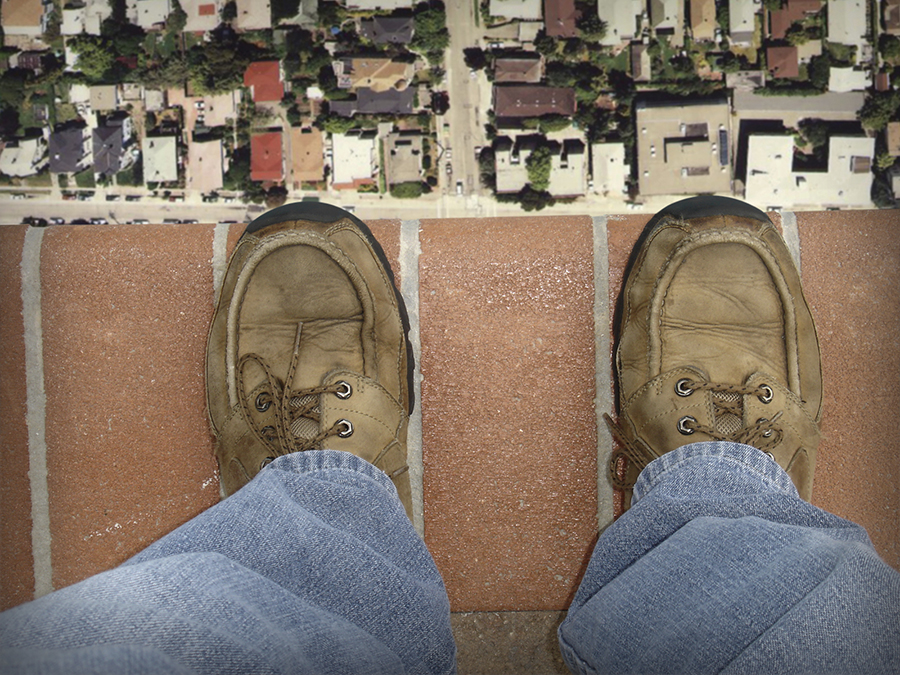 Feeling lost and hopeless isn’t that outlandish of a concept to someone who has found themselves in the strangling hold of substance abuse. A developed dependence on drugs or alcohol to feel anything at all, or to avoid feeling at all costs, comes with a heavy price and far too often an addict will pay it with their own life.

Addiction and the risk of suicide have a fairly relevant relationship, which is no surprise considering the way substance abuse impacts the individual on such a deep and psychological level. The way addiction infiltrates every aspect of an individual’s life it distorts and corrupts a person’s world. The career, family and self-worth all slowly lose their merit as the obsession for intoxication supersedes all things that give life meaning. So it is no wonder an addict will find themselves on the ledge willing to jump in desperation.

But suicide is never the answer, ever.

It is very important to understand and identify the risk factors involved with suicide for drug addicts, and to implement intervention before it is too late.

Just recently in the Journal of Affective Disorders there was an article published that took a look inside the overall threat to see inside addiction and determine what about an addicts life most puts them at risk for suicide.

The study interviewed a small group of 57 patients at a drug abuse treatment center and found:

Given this is a smaller study the findings aren’t necessarily the law of the land. However, so far it hints at a few characteristics that when applied can most likely give a good indication of which patients would try to kill themselves. There are 4 things the addicts from the study had in common in relation to this project and suicide:

This one may come as a little surprising, and maybe there is less of a direct connection, but it is still noteworthy to say that the participants struggling with addiction who dove headfirst into heroin or methamphetamines were statistically less likely to exhibit suicidal tendencies than those who started with alcohol or marijuana.

Other patterns were shown through the data as well. The highest risk of suicide was associated with people who:

The researchers offer the explanation that maybe people who start with alcohol or marijuana are most likely to use these substances to self-medicate for depression, or as a result of depression. If this were the case, it’s not putting all the blame on the characteristics alcohol/marijuana themselves as much as it is identifying the association with depression and dependence on substances to cope.

Another factor that puts addicts at higher risk of suicide is suffering from depression prior to getting addicted. According to the recent study, 75.4% of the addicts surveyed had experienced depression before the onset of substance abuse.

When depression comes first, addiction also comes with increased suicide risk, so when substance abuse acts like another symptom of someone’s depression it is crucial to treat the underlying cause of depression while simultaneously treating addiction, because the real issue is rooted far deeper than the drugs.

This one probably seems pretty obvious, but just in case it is important to mention it as a key factor of suicide risk for addicts. The study showed 26% of the patients attempted suicide before drug use, so a pre-existing suicidal ideation definitely makes a contribution.

Substance abuse has a knack for making our problems worse. Becoming desperately dependent on drugs and alcohol is sure to exacerbate our already overwhelming difficulties, so it was no shock the study saw participants who had attempted suicide before becoming addicted to drugs or alcohol were later more likely to attempt suicide during addiction.

The self-medicating only prolongs the suffering and makes things worse in the end.

The statistics in the research also pointed out that addicts who came from families with other addicts were at a higher risk for depression and a higher risk for suicide. The question here plays into the nature VS nurture argument.

Is it a genetic predisposition to depression, addiction and thus suicide?

Is it an upbringing in a household with hostility, trauma and substance abuse?

Many would say it is a combination of it all. No one thing decides the fate of the addict, but instead a perfect storm of biology and psychology with outside influence generates an unhealthy lifestyle.

At the end of the day every one of these factors should be taken together to acknowledge a person’s history before becoming addicted is as important as the addiction itself in predicting depression and the risk of suicide. All of this supports the need for dual diagnosis treatment in cases of individuals with co-occurring addiction and mental health disorders.

Treating addiction is important, but without treating depression and risk of suicide it is an incomplete solution.

Depression and substance abuse are just symptoms of a deeper and more personal affliction, and to truly heal we have to face them all, not just one of the other. If you or someone you love is struggling, please call toll-free 1-800-777-9588