Suicide and Women With Addiction

Suicide is a tragic way for a life to end.  Unfortunately, drugs and alcohol sometimes have a hand in making it happen.  Drug addiction and alcoholism can put a woman at great risk for suicide for various reasons.  For safety’s sake, take a look at what makes drugs and alcohol such a potent factor in suicide.

Suicides Rates For Women and Men

One well-known difference in suicide rates is that women attempt more frequently but more men complete the act (higher death rate per attempt).  Alcoholism and drug addiction don’t improve this statistic.  Women can more easily become addicted with less alcohol in a shorter time.  Women are even more succeptible to the emotional pathways that can lead to addiction. 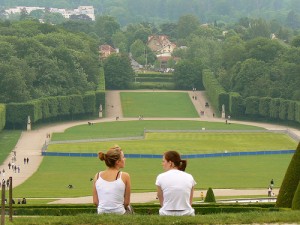 The rate of reported depression is about twice as high for women as it is for men.  That doesn’t mean it is actually higher for women, but at least statistically it shows a risk for more women being in a position to contemplate suicide.   And the suicide rate is reportedly also twice as high among women as men.  Suicide is something to seriously be concerned about if you or someone you care for is struggling with addiction.

Can you imagine the pain of depression, the turmoil and destruction of drug and alcohol addiction, at some point rolling downhill until a person reaches their most desperate moment?  Some people choose to step back up and seek help.  Others ride out the bottom drag for a while, and then don’t take any action either way.  The rest see suicide as the only way to end the pain or escape.

Another risk factor of drug addiction or alcoholism mixing with suicide is from the physical and mental effects of alcohol and drugs.  Drugs and alcohol lower inhibitions, meaning they help a person drop their defenses.  These inhibitions are like road blocks that make a person stop for a moment and consider (or reconsider) what they have an impulse to do.

These impulses could be as innocent as singing in public when they might otherwise be embarrassed.  Or they could be as deadly as suicide.  Without these road blocks, a person in a very low mood with alcohol surging through their veins could pull the trigger, start the car in the garage, or get the noose tight without the means to truly reconsider the long-term effects of their decision.

Some people make suicide attempts to escape emotional pain, but not actually because they want to leave the earth.  Yes, some do really want to end their life.  But what about those who simply didn’t have their inhibitions working properly and got caught up in the moment?  Women attempt more often than men – this makes any woman with an addiction very vulnerable.

Alcohol and drug treatment is the only safe way to help a person with risk of suicide.  Not only are they trying to stop the fuel on the fire, there’s a lot that could still go up in flames if the suicide risk isn’t addressed professionally.  Suicide is nothing to mess around with – it’s a sign that drug treatment professionals need to step in.

Drug treatment does more than just help a person stop drinking.  It helps a person rebuild their life and their way of thinking.  Suicide attempts are based in desperately painful feelings and black-and-white negative thinking.  Drug treatment can help both of those things as well as promote sobriety.  Drug treatment is a much better risk to take than suicidal tendencies gone unchecked.