A DUI, a pending divorce, assault charges, and financial despair – these are common problems an alcoholic may face because of their destructive behavior.  Is there any way to turn things around?  Check out a few of the more destructive behaviors of a typical alcoholic and learn how a choice can make all the difference. 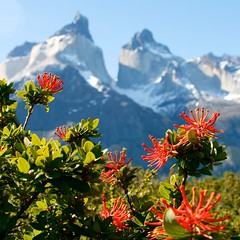 When you really need to keep your alcohol stash going, you won’t let much get in the way.  Many alcoholics borrow money from people, often with little intention or maybe no ability to pay them back.  Others steal money or take cash off the top of their paycheck.  And that’s just to get the alcohol.

When a person is drunk a lot, they may do a lot of foolish things with their money.  They might gamble, decide to buy drinks for lots of other people, or make impulse purchases with money they can’t afford to spend.  They may also create expensive problems like getting into a car accident, getting arrested for DUI or an assault (fines, legal fees, etc), losing their job.

An alcoholic is primarily concerned with one person – themselves.  Every complaint, every excuse, and every broken promise all reflects on their issues.  Most times, alcoholics can’t be counted on and get a reputation of being flakey.  They can sometimes be overly emotional and irrational, making them hard to get along with.

Alcoholics can sometimes become aggressive and even violent.  In a drunken rage, they may become abusive to their spouses or children.  If they had a blackout, they may have no recollection of their actions and not likely believe what anyone says.

Taking Way Too Many Risks

A hallmark of alcoholism or other drug addiction is poor judgment.  Alcohol intoxication makes a person’s inhibitions loosen up.  In other words, they don’t stop and think about what they are doing.  They misjudge the risk involved in driving intoxicated, walking home in the middle of the night from a party, and getting aggressive with another drunk person in a bar.

The poor judgment isn’t limited to times of immediate intoxication.  Once their judgment has been altered, they are likely to misjudge lots of other situations as well.  They are used to instant gratification or avoiding reality.  Therefore, they take lots of unnecessary risks because they can’t perceive reality well. And most likely, they began drinking heavily with the specific purpose of avoiding reality.  Unfortunately, the consequences of risky behavior almost always come back to haunt the alcoholic in some way.

The first step of changing these behaviors is to become sober.  For the best chance at lasting sobriety, an alcoholic needs some form of alcohol rehab.  There are many outpatient and inpatient alcohol treatment programs around the country.  Alcoholics Anonymous is not a alcohol treatment program, but it has provided support and education about alcoholism to millions of people around the world.  When those destructive behaviors finally catch up to the alcoholic, it’s time to make a choice.  Alcohol rehab can be the choice that changes everything.