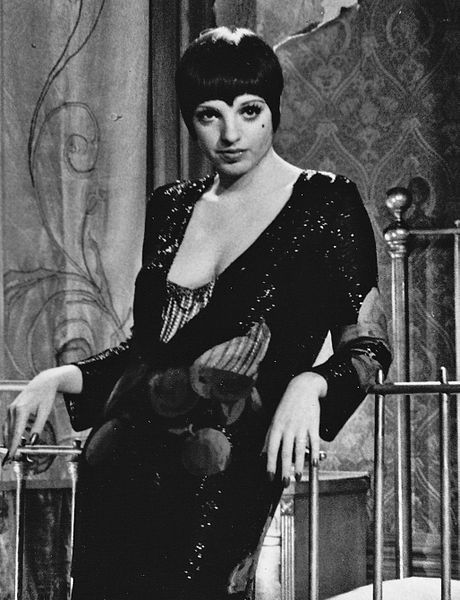 Actress Liza Minnelli has entered a Malibu rehab facility for her addictions, a spokesman said.

The 69-year-old actress, singer, dancer, and choreographer has struggled with alcohol and drug addictions in the past. She is one of the few artists to win an Oscar, a Tony, an Emmy and a Grammy. Perhaps her greatest role was as cabaret singer Sally Bowles in the film version of “Cabaret,” for which she earned her Oscar in 1973. Minnelli also showed off her comedic acting chops with her role on Arrested Development as Lucille, the arch nemesis to the Bluth family matriarch, also called Lucille.

“Liza Minnelli has valiantly battled substance abuse over the years and whenever she has needed to seek treatment she has done so,” said spokesman Scott Gorenstein. “She is currently making excellent progress at an undisclosed facility.”

Minnelli is the daughter of the famous, multitalented Judy Garland, who also battled addiction most of her life, and ultimately died of an overdose in 1969. It’s clear that both talent and addiction run in the family. This is not Minnelli’s first stint in treatment; she’s been in rehab multiple times, the most recent being in 2004. As her representative says, “Liza has valiantly battled substance abuse over the years.”

Liza was even offered half a million dollars back in 2010 to do the reality show “Celebrity Rehab” but she turned down the offer.

A representative for Minnelli confirmed that the legendary singer and actress has been in the facility for several days, and that her main issue this time is alcohol. Also according to the rep, Minnelli is already making “excellent progress” in treatment.

Last September, the entertainer underwent back surgery to correct an injury that kept her from performing most of the past year and from attending Joan Rivers’ funeral in New York.

It is not known whether the recent surgery was a precipitating factor in the actress’ relapse.

We here at the Orchid Recovery Center want to wish Ms. Liza Minnelli a successful recovery and hope to see her back in action soon.

Relapse is not a necessary part of recovery however the statistics paint a grim picture; as many as 50% to even 90% of people will experience a relapse after rehab or even after having had a period of sobriety. Addiction is a chronic, progressive, relapsing disorder which means that it lasts a lifetime – whether in remission or actively – and gets worse over time. But that doesn’t have to be the case.

With constant vigilance and a program of recovery that fits you, healing and recovery are absolutely possible. The Orchid Recovery Center is a place for women to heal. We offer holistic as well as traditional, tried-and-true methods of therapy while addressing the issues that women face in their daily lives. Please call toll-free 1-800-777-9588 today to speak with an Addiction Specialist. We are here 24/7 to take your call.