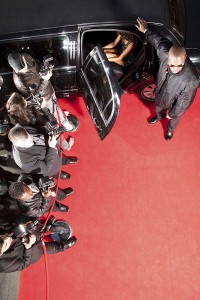 Lately there has been plenty in the news about celebrities both in recovery and in active addiction, be it drugs and alcohol or compulsive disorders like an eating disorder or gambling addiction. There have been some celebrities opening up about their experience with eating disorders and sharing their experience in efforts to raise awareness, and another great talent has done exactly that this week.

Once in a while it is always uplifting to hear a story of struggle and success from a star who shines on and off camera. 26 year old actress Zoe Kravitz, daughter of famous rock star Lenny Kravitz and actress Lisa Bonet recently opened up about a 4 year period where she was locked in a battle with anorexia and bulimia as a teenager.

“I was bulimic and anorexic in high school. I felt as though food had this power over me. Instead of looking at food the way you should, to be thankful that it nourishes your body, it becomes an enemy in some strange way, which is a really sad thing, and it’s a lot about anger.”

Zoe Kravitz starred in The X-Men: First Class as Angel Salvadore said her eating disorder began at age 13 when she would compare herself to models and women in magazines saying,

“I was mad that I didn’t look like the girls in the magazines and I was torturing myself. I didn’t feel attractive.”

She eventually sought therapy, but it didn’t help until she was finally ready to get well.

“I relapsed and relapsed. Then it got to the point where I had to make the decision for myself that I would stop. You have to want to be done.”

As an adult, she has maintained her recovery with exercise and healthy eating, stating she is not a “skinny” but instead a “foodie”.  This isn’t the first time Zoe has spoken up about her experience and about how the images of female beauty around her impacted her younger life to strive for an (unhealthy) image of perfection. In fact just last year, Kravitz spoke about revisiting her history with eating disorders while playing an anorexic and bulimic woman in the film The Road Within, including how she was able to relate to the character and draw inspiration from her own experiences.

“I’ve struggled with it myself in the past. There are a bunch of images that are thrown in our faces all the time about what we’re supposed to look like at 14, 15, 16. It’s confusing. I think every woman can identify with that struggle.”

While this was an empowering opportunity for the young star, it could have also been one full of temptation, and it possibly could have stirred up another relapse because for the role the actress also had to lose 20 pounds. However Zoe said that she obtained the targeted weight in what she considered to be “in the healthiest way possible” such as going on a cleanse where she drank clay, which she said both cleans the body and fills you up. That along with a Mason jar of pureed vegetables a day was her diet, in combination with exercise.

Also for the role Zoe had done quite a bit of online research into anorexia and bulimia in online support communities, and upon stumbling onto ‘Pro-ana’ and ‘Thinspiration’ sites for people pro-anorexia, she said it was “very scary” to see a forum where people were supporting each other’s destructive eating habits.

This is just one of many powerful stories of artists who have faced down and overcome some serious obstacles in their past, and strive to keep inspiring others by speaking out about the reality of mental health issues, addiction and compulsive disorders. If you or someone you love is struggling with substance abuse or addiction, please call toll-free 1-800-777-9588