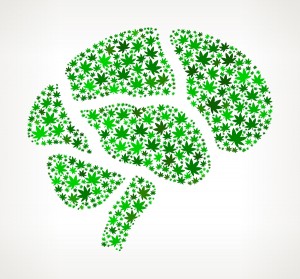 Given the status of the refer revolution that seems to be taking place in many places across the country as a result of the pot policy reforms that have been shaping up since the November midterm elections, it should seem relevant that people be more aware of the impact that this particular drug can have on the individuals using it.

Marijuana is credited as the most commonly abused drug in the United States, with an estimate of about 2 out of every five 5 Americans reporting that they smoke marijuana, with 10% of the population attesting that they use marijuana on a daily basis. Now this may sound like refer madness, but a recent study claims that teens who smoke weed for just 3 years could indeed damage their long-term memory, and can even reshape your brain.

Marijuana on the Mind

When marijuana is smoked, it is almost instantly absorbed into the blood stream and travels to the brain. THC binds with cannabinoid receptors in the brain, which appears to alter mood and cognition through its actions on the receptors it binds to. The highest density of cannabinoid receptors are found in parts of the brain that influence various functions, including memory.

Newly completed research developed at the Northwestern University in Chicago examined a group of people in their early 20s who had used pot daily for around 3 years in their teens. Researchers utilized computerized brain-mapping scans in this study and they found some troubling patterns, including:

Professor John Csernansky of Northwestern was a co-leader on this study went on to go into a little more detail about the impact this has on an individual and stated that,

“The memory processes that appear to be affected by cannabis are ones that we use every day to solve common problems and to sustain our relationships with friends and family,”

Previous research by the same team has linked poor short- term and working memory performance to abnormal shapes of three other brain regions including:

There may also be a correlation between length of marijuana exposure and memory loss, since researchers saw the most change in the hippocampus among participants who had used the drug for more consecutive years. Still, it remains uncertain whether marijuana is the direct cause of these effects. According to Dr. Mathew Smith who was a co-author of this study,

“It is possible that the abnormal brain structures reveal a pre-existing vulnerability to marijuana abuse,”

Now that being said, Dr. Smith still suggests that the evidence implies that the participants who were abusing marijuana for a longer period of time had greater the differences in hippocampus shape, which proposes that marijuana may actually be the cause. Still more research has to be done to decipher whether or not this is the case.

In another study published in the journal The Lancet Psychiatry other researchers came to numerous conclusions about the accountable impact on teens using marijuana, which suggested young people who use marijuana experience several negative impacts from prolonged marijuana use:

Too many people do not realize the reality behind addiction, especially when it comes to weed. A drug is a drug, and addiction is a very real illness. There is a list of weed withdrawal symptoms for those who become habitual users, including:

While all this may seem a little exaggerated, this is very real. While marijuana becomes more accepted in this country for medicinal purposes, and pot advocates are in full force, the certainty of how early drug use can effect young people’s growth should always be acknowledged.

Marijuana affects the brain, like every other drug, and one of those effects can be a development of a serious issue with dependency. If you or someone you love is struggling with substance abuse or addiction, please call toll-free 1-800-777-9588