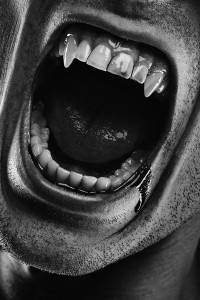 The popular fiction phenomenon True Blood is an American television drama series based on The Southern Vampire Mysteries series of novels by Charlaine Harris, that made a huge impact on the HBO network’s line-up back when it premiered September 7, 2008. The series was nominated for, and won, several awards including Emmys and Golden Globes before it concluded on August 24, 2014.

Many actors on the show got their big break through their roles in the series, and several have gone on to take their talents beyond the world of vampires, werewolves and yes… fairies… to work on the big screen, but one surprising truth is that more of the cast than one would guess has struggled with substance abuse, and despite their super-human characters they have some very human stories behind their recovery.

Stephen Moyer opens up about alcoholism

One of the main characters of the show, Bill Compton is played by Stephen Moyer, a 45-year-old man playing a centuries old vampire who is more often featured drinking blood on the show, not martinis. But recently Moyer opened up about his past as part of a panel, where he reflected on his struggles with alcohol.

The panel was for Santa Monica’s CLARE Foundation, a nonprofit based out of Los Angeles which Moyer has been working with for more than 5 years. During the discussion Moyer focused heavily on his 14 years of sobriety. Moyer said his alcoholic behavior was a byproduct of his British theater days and was an attempt to emulate other artists, like Peter O’Toole and other reported heavy drinkers who had been his heroes.

Those who are close to Moyer already knew about his struggle with alcoholism and recovery, but this panel was the first time the actor has spoken about it in a public forum, and he did so for a good cause. At one point Moyer stated,

“There’s this rush that happens from doing our job, this whirring buzz, and you want to continue that buzz. Self-loathing motivates the desire to get loaded in the first place, and post-sobriety, there is the shame of admitting all of your [faults],” Moyer said. “It’s about education. And it’s about getting rid of that shame.”

Now Moyer is happy to say that his sobriety comes with very little shame, and noted how it has changed the world around him. He said that he’s finally been sober long enough even waiters don’t offer him alcohol.

“As my wife said this morning, there isn’t a restaurant in Venice or Santa Monica where I would be offered the wine menu,”

Wonder if Bill Compton is a friend of Bill W.

Back in June of 2014, True Blood actor Chris Bauer who portrayed the goofy Sheriff Andy Bellefleur in the series opened about his battle with drugs and alcohol, even stating that he was on the verge of losing everything before getting sober 7 years ago.

According to Bauer after having his first drink at the age of 14 his life spiraled into a decades-long “obsession” with alcohol, which eventually evolved into a cocaine and marijuana habit. Bauer stated that as his alcoholism progressed, he experienced what he described as,

“went from being the life of the party to not being able to make it to the party.”

His work as an actor continued to rise, and he had a happy home with his wife and two children, he was reluctant to see any signs of a problem. But after having this then-5-year-old daughter witness him drunk for the first time, Bauer’s wife Laura of 17 years finally gave him an ultimatum,

“She was in a lot of pain because of how inconsiderate I was. She said she was going to take the kids and leave, that she couldn’t stay in the situation until I changed things.”

Bauer opted for a group of sober friends and 12-step meetings which he still attends to this day. He’s also lost 40 pounds since quitting drugs and alcohol and has said he now feels truly blessed to wake up with a smile on his face.

You may remember the story of True Blood actor Joe Manganiello, who revealed back in December of 2013 both his struggles with alcoholism, being bullied as a kid and his life in sobriety.

Manganiello had written a book entitled Evolution: The Cutting Edge Guide to Breaking Down Mental Walls and Building the Body You’ve Always Wanted in which he discussed to having a former drinking problem before getting sober 11 years prior to the release of the publication.

Manganiello explained that his drinking had always found a way to get in the way of his career, and that he recognized he needed to get sober for about 4 years before he was ever able to in 2002, but he did attest that the sobriety had save his life, and even noted that his failures had ultimately become part of his success story.

“My life was ruined…I was homeless, careless and broke with no career, so yes, it was worth it [to get sober],”

These are just a few examples of several recovery stories surrounding some of the biggest names and most familiar faces involved in the fantastical world of the surreal, seductive and supernatural show that captivated vampire fans. Maybe it got a few people addicted to their TV’s in the process, but many actors have definitely shown that recovery is possible if we play our part.

Sobriety isn’t just for the rich and famous, and it doesn’t take an acting career to take action toward recovery. Too many talented and amazing people are lost every day to the disease of addiction, but the choice is always there to take steps toward saving a life. If you or someone you love is struggling with substance abuse or addiction, please call toll-free 1-800-951-6135