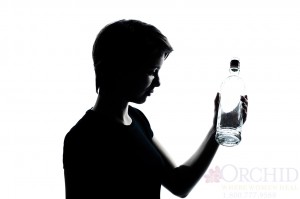 Alcoholism is infamously known as cunning, baffling, powerful among those of us more familiar with it. It is a disease of the mind, body, and spirit that claims the lives and happiness of so many people, and it is not always as easy to assess as most would assume. There are some common signs, and there are many other aspects that most people would never think to take into consideration, but the illness is real. Here we will try and touch on a few key concepts, like different types of alcoholics, common symptoms, and common solutions to try and explain some important information about alcoholism.

The term functional alcoholic (“functioning” alcoholic, “high functioning” alcoholic) is a term that refers to a person who is addicted to consuming alcohol but is still somehow able to lead a seemingly normal, or even ‘successful’ life. It is not a medical diagnosis. This of course is an assessment made from an outside perspective and often times by the alcoholic, themselves when they can see their own drinking habit as a problem. An alcoholic, functional or not, is still suffering from a disease that affects the lives of their loved ones’, as well as their own, very real way. Generally functional alcoholics are those who can hold down a job or even excel in their career. They often times even own homes and have ‘functioning’ families.

Opposite of a functional alcoholic, a ‘raging alcoholic’ is someone with a much more obvious un-manageability problem. The ‘raging alcoholic’ will go on permanent sprees, and hurt anyone without discretion in order to keep drinking. This type of alcoholic may refuse to slow down for even a moment despite losing a job, a relationship, their home or their livelihood. They will take advantage of every opportunity to drink, because they are so hopeless without that solution.

Sometimes there a pretty typical indicators in a person’s thought process of behavior. Signs of alcoholism include bad habits or feelings such as:

Obtaining an alcoholic diagnosis is something you really have to do for yourself. No one else can really make that definite distinction for you, it depends on how you react to the phenomena of craving. However it can be simple if you look at their history of and drinking. Most alcoholics know deep down they have a serious drinking problem, usually a long time before they even admit they are openly.

12 Step literature gives a pretty well rounded description that explains the difference between alcoholics and non-alcoholics. It is said that “Non-alcoholics change their behavior to meet their goals, and alcoholics change their goals to meet their behavior.” This I have found to be true in countless cases of alcoholics seeking help for their affliction. The diagnosis of an alcoholic can easily come from looking at whether or not they continued to drink despite the negative consequences. Failing to achieve goals or avoid punishment for dangerous behaviors is not enough for them to give up drinking for good. So many alcoholics give up on dreams or ambitions to continue drinking.

Spiritual Side of Alcoholism

The inability to stop drinking once you start, having no control over the amount you drink, and the way that you behave and the things you give up in your life to be able to drink are all clear cut signs that you probably have a serious drinking problem. Alcoholism is described also in 12 Step fellowships as a spiritual abnormality that requires alcoholics to develop themselves in a way that brings about a psychic change and a new focus on some level of spiritual principles.

Most people who drink or use drugs say that at some point or another it became a coping mechanism used to fill some sort of void in their life. Abusing substances and numbing themselves to the world was the only way they were able to get through, and when they were not drinking them were miserable mentally, emotionally and physically. In the eyes of many recovering alcoholics this is due to the spiritually sick state of the alcoholic, and true recovery comes from working a program of action and creating a spiritual connection to fill that emptiness that so many alcoholics experience.

A shift in spirituality could mean a vital shift in perspective for the alcoholic. There are many programs out there design to help combat alcoholism by explaining to the suffering individual what alcoholism really means, and suggest what kind of actions should be taken. Working a program that promotes spiritual solutions is how I personally was able to get sober, and I continue to work that same spiritual program in order to maintain my sobriety.

Alcoholism is a deadly and powerful disease. It takes a drastic toll on the lives of everyone it touches. Being an alcoholic is one of the hardest things to accept, understand, and address for most people, but in the end alcoholism is at its worst when untreated. If you or someone you love is struggling with substance abuse or alcoholism, or just has a desire to stop drinking, please call toll-free 1-800-777-9588