Some Women Are Stuck On the “Smoker’s Diet” 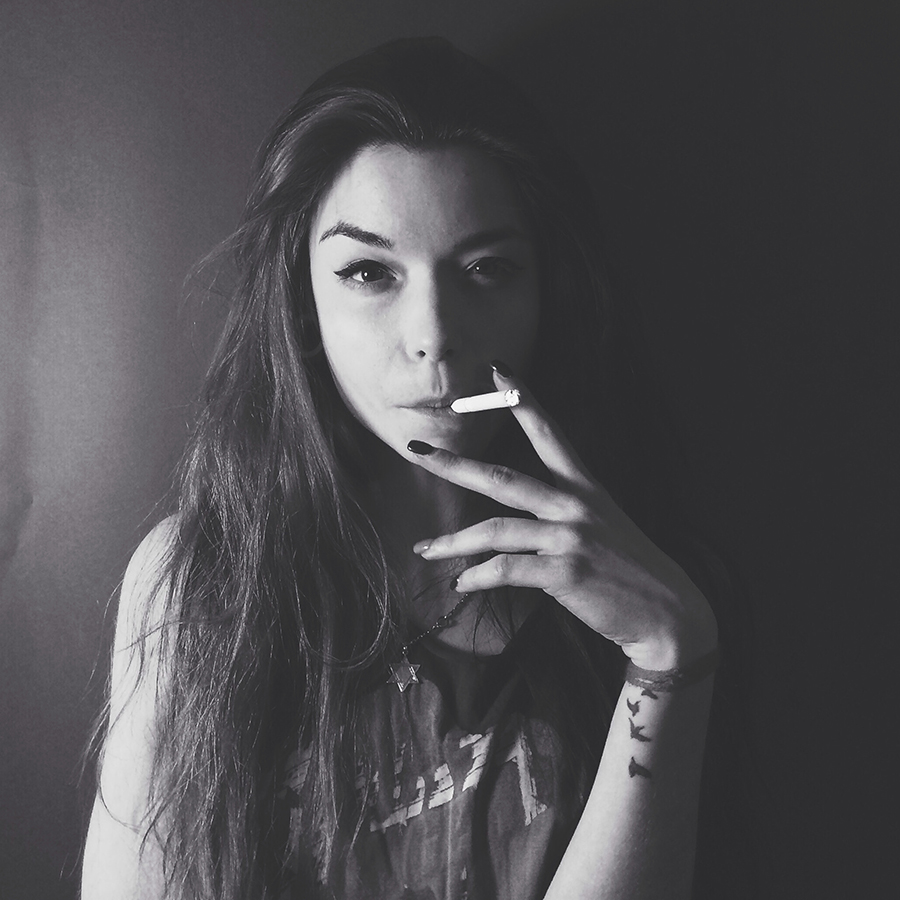 Have you ever heard of the “smoker’s diet” that people refer to when they compensate for missing meals by puffing down cigarettes? It’s the whole idea that smoking dulls your appetite, or that if you quit smoking you will fill the habit with eating, be it a need to do something with your hands, or the oral fixation they talk about when you spend so much time with a cigarette in your mouth breathing toxic life-draining smoke.

Tobacco use was associated with appetite suppression among pre-Columbian indigenous Americans and old world Europeans long before the science was there to support it. For decades, tobacco companies have employed these connections in their advertisements, mainly in brands and advertisements targeting women prompting related body image issues. So the links between smoking cigarettes and controlling weight have been present on a cultural level for some time.

So it is no surprise that a new study suggests that women who believe smoking helps them manage their weight are less likely to try quitting than other female smokers in the U.S., and that “smoker’s diet” is tricking you into an unhealthier habit.

Research on the effects of nicotine has shown that it creates elevated blood pressure, heart rate, and gastric motility and that it does indeed elicit a sustained decrease in food intake. Autonomic, sensory, and enteric neurons each constitute potentially important roles in nicotine-mediated changes in eating habits, so as a result the cultural associations between smoking and weight control in part reflect the body’s physiological reactions to nicotine.

However the argument as to whether smokers weigh less or more has been a controversial topic of study, with most results pointing to a “smokers diet” as a fundamentally unhealthy and counterproductive strategy to starve the appetite at best, with no evidence that it effectively regulates weight gain.

The Weight Barrier for Women

This newest study, which was published in the journal Tobacco Control online, is the first of its kind to actually determine that smokers who are concerned about their weight are less persuaded by anti-smoking policies to give up their habits than other smokers.

These anti-smoking policies include measures such as:

According to this new data, these campaigns against the risks presented by chronic tobacco use don’t faze a woman who is preoccupied with watching her weight.

Lead author Ce Shang senior research specialist in Institute for Health Research and Policy of the University of Illinois at Chicago where the study was conducted stated:

“We found that concerns about weight are a significant barrier to quitting, among U.K. smokers and U.S. female smokers who believe smoking helps them manage weight.”

But how did they come to this conclusion?

To establish its findings the research team collected and reviewed survey data from about 10,000 smokers in 4 different countries which included:

The data was originally gathered for the International Tobacco Control Policy Evaluation Project (ITC Project), which conducts longitudinal surveys of smokers and tobacco users across 22 countries.

Between the year 2002 and 2007 the participants completed 3 surveys asking questions on the key factors:

For female smokers who did NOT believe that smoking helps control weight, the researchers noticed:

So it appears that the “smokers diet” has a hold on women in various regions who are convinced that regardless of how educated they are on the dangerous of smoking, or regardless of a financial difference, it is not worth the risk of even attempting to quit smoking if it will affect their weight.

What Ce Shang has taken from all this is that women may need additional support and information that addresses concerns about weight gain before they can be expected to commit to giving up tobacco for good. She went on to state,

“Policymakers should take weight concerns into account to enhance the effectiveness of existing policies that promote quitting smoking,”

The fact is, the smoking diet is an absolute travesty statistically as well. While people can insist that it curbs their appetites, Shang noted that those who smoke more tobacco are actually more likely to be overweight than smokers who smoke less, proving the whole logic behind the smoking diet unfounded and backwards. She added,

“Plus, the health benefits that come from quitting allow for more healthy methods of weight control, such as exercise.”

Additional education on smoking and weight could be useful for programs that target women. The illusion of a pack of cigarettes being an acceptable diet program needs to be eliminated entirely. Even if it is not the conscious thought process, we should still make the effort to shatter the idea that women have been programmed to subconsciously believe for decades that smoking is a good way to manage your waist-line. We need to show women their worth without their weight, and provide them with the right information for healthier life-choices.

Relying on smoking to solve a problem is an appalling strategy. Smoking won’t make you lose weight, but it will make you lose your life. That in combination with other substances, compulsions or eating disorders is not an effective nutrition plan. If you or someone you love is struggling with substance abuse or addiction, please call toll-free 1-800-777-9488