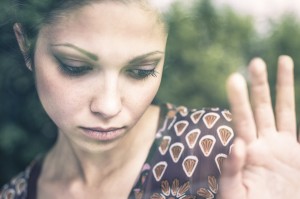 But, sometimes, successful dieting isn’t the same thing as healthy dieting. And, in fact, it can do a good job at hiding a very serious health risk – that of an eating disorder, such as anorexia nervosa.

Take “Sophia,” for example. A 15-year-old who stood 5-foot, 4 inches and weighed 105 pounds; having a slender, athletic but not emaciated build, which wasn’t surprising given her enthusiasm for sports.

Sophia didn’t fit the description of what many would consider an anorexic. Yet, at Sophia’s annual physical, her pediatrician noticed the dramatic drop in weight; one that was inconsistent with what had been a steady incline on her age-progression growth and weight chart – something common to healthy, growing adolescents. Sophia, a high school sophomore, had lost 45 pounds with only about an inch increase in height over the span of one year, meaning that there wasn’t any extreme growth, such as a growth spurt, to justify such a major decrease in weight.

What Sophia’s doctor deduced from talking with her patient’s parents was alarming: Sophia had begun to restrict her diet to include only fruit and crackers. What’s more, the teen started off each day with a regimen of 200 sit-ups.

These two behaviors: restricting one’s food and over-exercising, just so happen to describe to a “T” the eating disorder known as anorexia nervosa.

It’s important to understand the pressures that teens face and that they are very much aware of issues such as the prevalence of childhood obesity. Therefore, eating disorders abound and can be camouflaged as “successful dieting.”

Anorexia, a disease of self-starvation, is no longer diagnosed solely by being so underweight that it is a risk to health; it’s increasingly seen in adolescents of typical weight-for-their-height who used to be overweight. And, just like with the more typified anorexia, their condition can be fatal if they don’t re-establish healthier eating patterns.

It’s important to note that other eating disorders, such as bulimia, may be masked by successful dieting. While bulimia may result in less extreme weight loss, it has additional health risks due to binging and purging.

Bulimia occurs in about 4% of females. Binge eating disorder, as well as several other less common eating conditions, affects 4 to 6 percent of adolescents. Studies show that the fatality rate, which hovers around 5 percent, is about the same across the eating disorder spectrum.

If you or someone you love is struggling with an eating disorder, treatment is necessary to interrupt the unhealthy eating and exercise patterns. Eating disorders are a sign of a psychological disorder but help is available and therapy works. Please call toll-free 1-800-777-9588 to contact us at the Orchid Recovery Center, where women heal.