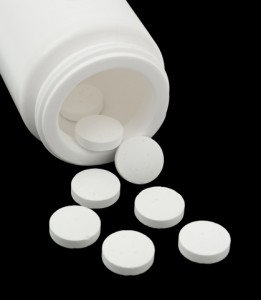 With the rapid rise in prescription painkiller addiction over the past decade, it’s not surprising that there’s also been a big spike in babies born addicted to painkillers as well. But at a rate of increase that equals 2400 percent? No one was prepared for that in Kentucky where those numbers occurred – or anywhere else, for that matter.

It’s a crisis that needs to be addressed immediately. Though most babies can go through the process of withdrawal and return home with “normal” health, there have been no long-term studies about the effects of painkillers on babies born addicted to opiates in terms of cognitive, behavioral, and physical development as they grow.

On any given day, as many as half of the babies in the neonatal intensive care unit at the University of Louisville Hospital are fighting their way through withdrawal symptoms. In the year 2000, 29 babies were hospitalized for withdrawal symptoms; in 2011, more than 730 babies were born addicted to prescription painkillers.

By comparison, the rest of the country also experienced an increase in babies born addicted to opiate drugs during that same period – but at an increase of 330 percent. This is shocking in itself but nothing when compared to Kentucky’s problem.

And it’s not just babies: about 1000 Kentuckians die of a prescription painkiller overdose every year and thousands more live with an active drug dependency.

Audrey Tayse Haynes is secretary of the Kentucky Cabinet for Health and Family Services. She said: “It’s a silent epidemic that’s going on out there. You need to say: ‘Stop the madness. This is too much.’”

A Terrible Start to Life

Many poo-poo the effects of withdrawal on babies, but no one who has watched a child live through it will brush off the torture that the child experiences. What an introduction to life: aches, pains, cravings, a hunger that is unquenchable and overwhelming. Babies are often given methadone and weaned slowly over time, but it’s never slowly enough for them to avoid the pain that comes from detox.

If there is a chance that you will become pregnant and you are addicted to painkillers, don’t wait to seek help. The more free you become from the grip of opiate addiction, the more free will be your baby. Call now to talk to a counselor about the types of rehabilitation available to you here at The Orchid.