Kendra Wilkinson Talks about Her Near Deadly Overdose 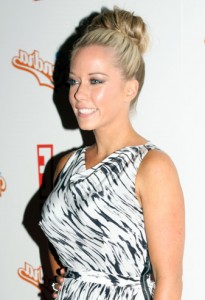 Plenty of young starlets have found themselves in trouble over the years for problems concerning drugs and alcohol, and Playboy bunny models are not exception! Reality star and former Playboy bunny Kendra Wilkinson has opened up about a severe drug addiction during her teenage years that nearly destroyed her life, and even came close to killing her.

Recently Kendra Wilkinson took the time to tell a little more of her personal story, including one scary experience with overdose.

At the moment Kendra Wilkinson is currently competing on a British reality show entitled I’m a Celebrity…Get Me Out Of Here! which helped bring this story to light. During her time on the show Kendra admitted to taking cocaine, crystal meth, and LSD on a regular basis, and explained a little more of the details of her experiences with substance abuse.

Wilkinson said she would even use her lunch money from her mother to buy drugs, and any addict can probably relate to that in some fashion. Begging, borrowing and manipulating is a big part of addiction. She eventually resorted to stealing from her grandmother, that one hits home on a person level.

Down the road with the deadly blend of cocaine and other substances she found herself in the grips of an overdose that very easily could have easily turned fatal at the age of 14. She talked more about it in a recent interview stating,

“My drug habit was turning into a nightmare pretty ­quickly…I almost didn’t survive. Line after line, I just kept going. Usually, I knew my limit and stopped myself when I hit it because even though I was a druggie, I was still fearful of anything bad happening. I was shaking and choking on the blood that was dripping down my throat. I was in serious trouble, everyone thought I was dying.”

But thankfully that was not the case. No thanks to the ones she chose to call her friends who were with her at the time, because everyone present at the scene of the overdose promptly abandoned her and refused to call for emergency services even though she was maybe inches from death.

She astonishingly pulled through and sobered up shortly afterward, saying she finally decided that she had had enough. Looking at the track record, Wilkinson is hardly the only former Playmate to struggle with drug abuse.

Luckily in Kendra’s case, she was able to get through her dangerous experiences with her life still intact and her resolve set firmly on growing.

She should definitely count herself lucky considering the mixture of drugs she was using and the horrifying episode she endured. It’s another great story of someone who hit their lowest lows and learned from it how she could best grow.

So many young women suffer from serious issues with drinking and drug abuse for years before they find the solution that has saved so many lives. Too many experience overdose, and some don’t survive that experience, but there is a way out that doesn’t cost anyone their life. If you or someone you love is struggling with substance abuse or addiction, please call toll-free 1-800-777-9588