5 Hangovers You Should Be Glad Not to Have 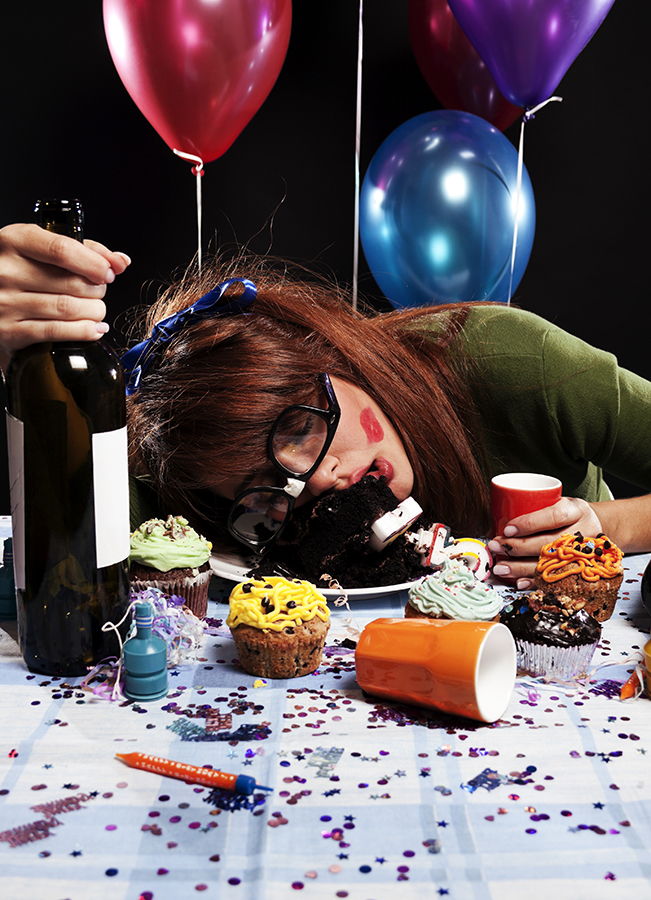 For anyone who hasn’t experienced a black-out or hangover, you may not be able to appreciate the humor in some of the stories we’re about to talk about. These are some seriously strange tales of people who had way too much to drink, lost consciousness and woke up after a black-out with a case of alcohol-induced amnesia that had left them in a questionable position with a crippling hangover.

Now let me say that getting black-out drunk is not ideal for anyone who has regard for their personal health and well-being, and the kind of binge-drinking that often causes black-outs is extremely detrimental to your health. Waking up from a night like this is just one side-effect of the damage that can be done in a night of excessive consumption, so when you read these and laugh, remember it’s not all fun and games.

After Englishman James O’Kane attended a friend’s funeral, he went on a 16 hour drinking binge that took him out of his mind, which led to him landing out of his country.

According to O’Kane, the next thing he remembered was a flight attendant waking him to inform him that his flight had arrived in Amsterdam. He had obviously not saved up money or taken time off work for this little vacation, so O’Kane wound up on the streets of Amsterdam with no cash, nowhere to stay, and of course he was a bit late to the office.

Donald Jordan and Lisa Sirbella had been drinking at the Hard Rock Casino in Tampa, Florida. When it got late the drunken duo decided it was time for bed, and the casino was attached to a hotel where they could easily book room for the night.

The only problem? Apparently their black-out didn’t agree with the whole ‘check into the hotel’ idea, so they climbed into a dumpster outside of a Wawa convenience store and spent the night snuggled up with trash bags.

How could it get worse?

Spoiler Alert- the next morning was garbage day. The two found themselves spilling into the back of a garbage truck at 5 a.m., and if not for the driver checking his rear camera they would have been crushed by the trash compactor.

In 2013, Stephen Coffee finished up his shift at Art’s Bar And Grill in South Carolina, then decided to finish up the stock-pile of liquor behind him at the bar. So of course, a black-out quickly followed.

Coffee described that he had a vague recollection of swimming, but did not remember much else from the night before. Sure enough he went swimming, and he knew because the next morning he woke up face down on Drum Island, an uninhabited lump of dirt in the harbor at Charleston, where he waited to be rescued like Tom Hanks in Cast Away… but with no Wilson to keep him company.

A 19-year-old Ukrainian tourist was planning to watch the sunrise from atop a cliff outside of Sydney, Australia back in 2010. In his “drunken wisdom” and black-out clarity (sarcasm implied) he astutely decided that the cliff was an unsafe place to be.

Being the genius that he was, he chose to get off the cliff by scaling down the cliff face. Only issue, he had nothing but a pair of shorts.

After getting halfway down, he must have been exhausted, because the next day rescuers were dispatched after he was spotted on a perilous outcrop 30 meters above the ocean. He didn’t even wake up until after emergency personnel already reached him and had a hard time waking him.

Marek Michalski is just a Polish man who wanted to take a nap on a park bench in an attempt to sleep off the booze from the heavy binge he had went on.

Apparently, Michalski is one heavy sleeper.

The man went into such a deep alcoholic coma medical personnel were unable to find a pulse or detect his breathing when called in to check on the body in the park. Michalski was pronounced dead and hauled off to the morgue, where he later woke up inside… wait for it… a body bag!

Some of these stories may be pretty funny, and maybe somewhere out there is someone who can actually relate to some of the insanity of waking up in another country or on a deserted island, but that probably says more about your drinking habits than you realize. If you are waking up hung-over from alcohol induced blackouts often, it is probably a sign of serious substance abuse. There is help, you are not alone. Please call toll-free 1-800-777-9588