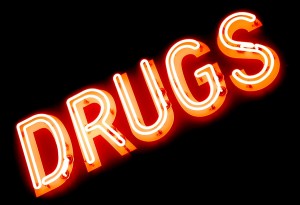 Wendy Williams has spoken to the media about her past drug addiction issues, but when she spoke to Dr. Drew about the subject in connection with Whitney Houston, she got a bit more candid.

When Williams was asked why she believes it is that she is alive and Whitney Houston is not, Williams said: “I believe in sharing the truth with people. It’s very difficult for me to be a liar and deceiver. For me personally, this is not putting words in anybody who might be a substance abuser, but I was raised better than that. And I’d never been arrested and wrecked my stellar radio career and I never embarrassed my parents who are still married.”

Williams says that she never hit “rock bottom” as do so many addicts who only seek treatment after experiencing major loss and devastation due to addiction. Rather, she saw the threats on the horizon and took a step back.

Now a talk show host on her show, The Wendy Williams Show, Williams is a living example of how people can come back from drug abuse and addiction and create a life that they are proud of.

Are You Ready to Change Your Life?

How do you view your use of drugs and alcohol? Do you feel that you can see the threats hovering, as Williams discussed, or do you think that it has negatively impacted your life in a real and identifiable way?

Even if you don’t believe that you have hit rock bottom, you can benefit from drug rehab when drug abuse is causing problems for you – and you’re unable to stop alone. There is nothing more frustrating than being able to identify the problem but feeling powerless to do anything to control it.

At The Orchid, we can help you design a treatment plan that addresses your personal challenges and give you the resources you need to get drug and alcohol dependence under wraps for good. Call now to learn more.