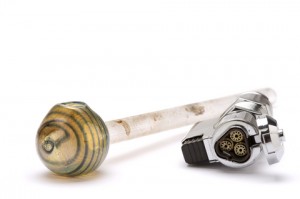 A small town called Bay Minette in Alabama says that crystal meth is destroying their community. Numerous crimes and drug deals done out in the open in parking lots are common and residents are fed up. They reached out to their local news team to draw attention to the situation, but when the news team checked in with local Sheriff Hoss Mack, he said that law enforcement was well aware of the issue. To Mack, however, it’s a problem that extends far beyond Bay Minette and Baldwin County; he says it’s a problem across the country.

One local drug addiction treatment counselor says that a large portion of the beds at nearby treatment centers are in use by patients who are seeking help for crystal meth addiction. He says: “Once you do it, it’s chasing the high. The only treatment that works is long-term: four to six months up to a year. They’re putting pure poison into their systems. People end up losing their homes, selling their furniture, pawning everything they have, losing relationships.”

Is Crystal Meth Addiction Taking Over Your Life?

Crystal meth is a huge problem for women and a drug of choice for a number of reasons. Some of the most common include:

One of the most difficult things to combat in recovery after crystal meth addiction is the unexpected cravings for the drug that crop up six months, nine months, a year or even more after returning home from rehab. It’s important to build a firm foundation in recovery with an excellent drug rehab and then remain actively engaged in treatment for years afterward.

Are you ready to get started on your recovery? Contact us today to learn more about your options in crystal meth addiction treatment here at The Orchid.