New Movement Gives Up Anonymity to Take Stigma Out of Addiction 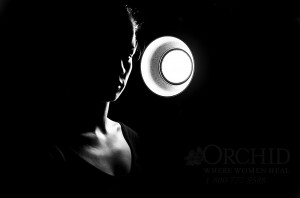 Public opinion on the disease of addiction is by far misinformed and widely unnoticed as an idea based on stigma and stereotypes. Just the word addiction often stirs the imagination of those who are unfamiliar with the illness to draw all types of conclusions based on everything from racial and cultural differences to things like appearance and upbringing, but most importantly are the assumptions made about the character of people in recovery from addiction. I Am Not Anonymous is a movement that is committed to breaking the stigma of addiction and substance abuse, and has gained a fair amount of momentum as it covers some ground to raise awareness.

The “I Am Not Anonymous” Mission Statement

The movement I AM Not Anonymous (IANA) has a website dedicated to showcasing featured portraits of people in recovery from substance abuse disorder and addiction, and along with their representation on social media site Facebook they have included a mission statement which reads:

“For years, those suffering from addiction have done so in silence as a result of the negative stigma surrounding it. The truth is, people DO recover. Our mission is to bring the SOLUTION into the conversation in hopes of helping the millions of people who remain untreated and help the world understand that addiction is not a moral failing. It is a powerful disease and the stigma associated with it is just as deadly as the disease itself.”

The site also features the inspiring accounts and experiences of all the individuals that have so far been featured on the site, including the personal stories of both the founders. Many of these stories carry a familiar message of hope and inspiration, and so far almost every quote or cliché you here at most Anonymous fellowships has been included in the stories, making it feel a little like that same intention of carrying the message is definitely still there somewhere.

Recovering heroin addict Tom Goris and his partner Kate Meyer who is a professional photographer are the two who put this new and innovative program together. Recently there was an story on the movement where the two founders gave interviews about their growing belief in the cause. Kate Meyer stated,

“Not only is it empowering people in recovery to share their stories and open up doors to help other people who are still sick and suffering, but it helps that person to feel like they’re not so alone and that there is hope.”

Tom Goris also made a personal point to talk about his story being his own inspiration to get the ball rolling on this, and what he feels it means to the recovery community.

“It gives and education, a message of hope, and says we’re not putting up with this stigma anymore, because this is who we really are.”

“I Am Not Anonymous” so far has not made any attempt to push any specifics about fellowships, or even come across too preaching in any extent. There is in fact a variety of opinions and outlooks expressed on their page which ranges in age, sex, race and length of sobriety. This diverse look at recovery through the stories and lives connected to some of the faces out of the billions in recovery in motivated simply to change the misconception. To take the sting out of the stigma by making it clear that the disease of addiction can touch any life anywhere. And that not every addict looks like what television and movies might show you.

Some people may be worried about IANA being associated with other fellowships, or might feel it is wrong to blatantly go against the point of anonymity in recovery, but at the end of the day these people are choosing to sacrifice their own anonymity for a cause they feel is worth the prices they pay. Breaking your own anonymity is up to you, some people may wonder if they would, or if they would rather hold out.

Either way with the growing concern in society about the dangers of addiction and epidemics of dangerous narcotics, this is one crusade that is sure to gain some attention. The disease of addiction claims too many lives out of the fear of stigma, too many addicts and alcoholics die because they are afraid of being judged, and they never get the help that is there and the solution they deserve. If you or someone you love is struggling with substance abuse or addiction, please call toll-free 1-800-777-9588