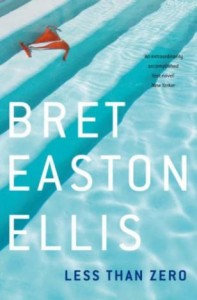 Here’s a list of the 10 best contemporary novels about addiction. Check them out. Reading, writing, and taking some personal time in recovery isn’t necessarily isolating. Sometimes we all just need to recharge our batteries.

Written back in 1985, this was the critically-acclaimed first novel of then 21-year-old Ellis, who was still a student in college.

Clay, a rich young college student who’s come home to the decadent Los Angeles of the 1980s, reunites with friends and embarks on a series of drug-fueled nights of partying, during which he picks up various men and women for one-night stands.

Clay’s narration describes his growing alienation from the party scene, his loss of faith in his friends, and the apathy of his friends towards the suffering of one another and those around them: at one party, he watches as partygoers make light of heavy situations; for instance taking Polaroids of his friend, Muriel, while she shoots heroin.

Ellis was considered to be before his time, virtually inventing the likes of Paris Hilton and the Kardashians. 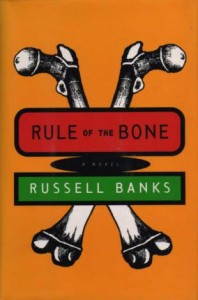 Chapman (Chappie) Dorset is a 14-year-old kid who’s used to relying on himself to get by: Chappie sells drugs. Abused by his stepfather, Chappie decides to leave home and strike out on his own. After adopting the name Bone, he finds himself in various living situations—with a biker gang, squatting in an empty summer house and then living in a school bus with an illegal Jamaican immigrant. The two eventually head to Jamaica together.

Violent and disturbing in parts, Banks explores the themes of home, flight and family from the skewed perspective a narrator who is both innocent and criminally-minded. This contradiction raises pertinent questions: Is addiction something we’re born with? Are we the product of nature or nurture (or both)? Are there some situations that are completely inescapable? Indeed, there are no easy answers. 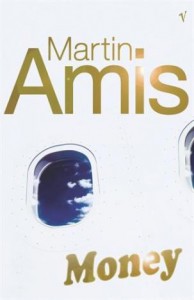 Film director John Self is so weighed down by dealing with the day-to-day drama of trying to get his film made while living a double life: pursuing his hedonistic pleasures. Released in 1984, it’s become both a postmodern classic and a touchstone of the decadence and excess of the 80s. At its heart, though, Money is an addiction novel about a world where ‘more’ is never enough and possibly the only road to salvation is to lose everything. 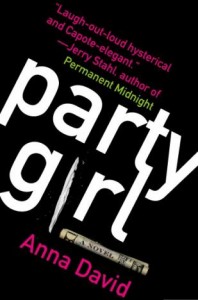 Amelia is a celebrity journalist always looking for her big break, willing to do anything to make that happen. After a stint in rehab, she’s ready to say ‘no’ to alcohol and drugs but doesn’t feel the need to abandon her say ‘yes’ attitude, immediately accepting an assignment to cover what the publishers assume is her party-heavy lifestyle. At first, Amelia’s confident she can stay sober while recalling episodes of her former for ideas to produce, but soon finds herself caught in the middle of a ‘Who am I without alcohol or drugs’ identity crisis that pretty much any alcoholic or addict can identify with. In between active addiction and recovery, Amelia is hopeful, funny, frightened, and just trying not to mess up.

The novel deals with the common confusion of that post-rehab period, where many of us are just trying to navigate life without substances. It’s a rarely explored topic in addiction fiction but handled quite well in Party Girl. 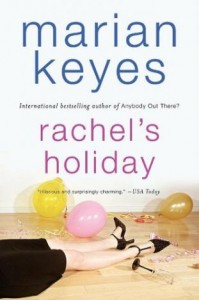 Rachel wakes up to the realization that her roommate has called her parents, who insist that shes get on the next plane and head straight to rehab. Rachel’s ambivalence is on-point: she simultaneously realizes she needs help and yet wishes she didn’t. Someone who cleans up well and also has deep lifelong depression, which she realizes is at the heart of her addiction. Rachel’s thoughts while in rehab are poignant and relative to the experience we have when we come to terms with denial: Why did this happen to me? Is it my family’s fault? Will I ever date? Will I ever have friends? Will I ever be okay?

For anyone who’s ever worried they might be out of control and even more terrified to deal with that worry, this novel is made approachable through the humor and plucky courage of the main character. 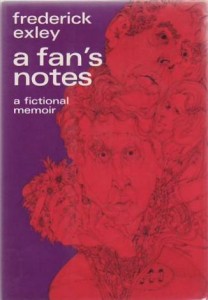 The story addresses the typical territory for the genre of the addiction novel: Mental institutions, rehab, figuring out what old family drama may have contributed to the current state of affairs. Life throughout the ‘50s and ‘60s involves football hero Frank Gifford and the author (the book is written as a memoir). He and Gifford were college classmates but, after graduation, Gifford enjoys celebrity on the football field while Exley is in the stands cheering him on. It becomes clear that in life, there are winners and there are losers. Exley – and every addict – asks “Why?” The familiarity of the struggle, regardless of the details, and the excellence of the writing, makes A Fan’s Notes compelling to read. 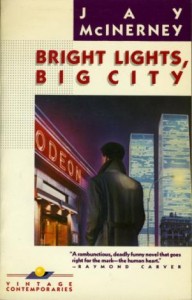 Sometimes the hardest part of sobriety is reminding yourself that the days of all-night partying weren’t really that awesome. McInerney’s main character has the self-awareness to know all is not well but not nearly enough of what it takes to do soemthing about it—except to push forward, perhaps subconsciously realizing that the only way to find relief is to hit rock bottom. 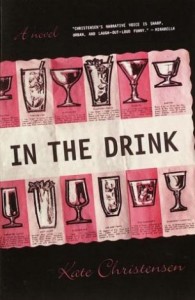 #8. In the Drink – Kate Christensen

The protagonist, Claudia Steiner, is the character we all know or have once been: The one ordering her fifth or sixth drink of the night while being fully aware it’s not helping anything, not really. The one who’s a little too self-aware for her own good, and who, realizes that being 29, single, and marginally unemployed is a condition that can’t last forever, only getting worse if she doesn’t do something about it. 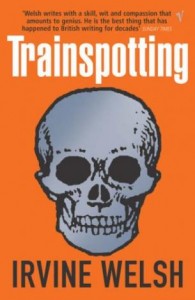 That’s right, Trainspotting was a novel before it was a movie. Focusing on a group of Scottish friends grappling with their relationship with heroin, the novel is surprisingly funny, interlacing cringe-worthy vignettes of the downsides of drug use with flashes of revelation and genuine despair. it does make one question how much of addiction is a result of being in the wrong place at the wrong time while showing how much society creates and perpetuates a culture where people are dependent on drugs. 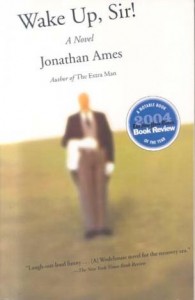 The narrator, Blair, is a 30-something writer who hasn’t written in years, experiencing a push-pull persona that many addicts are all too familiar with. After gaining a small fortune from a slip-and-fall accident and subsequent lawsuit, Blair hires a personal valet named Jeeves who helps him with his daily tasks, like waking up and reminding him to shave. It’s ridiculous and that’s the whole point. Alcoholism is the common thread throughout the novel and, as Jeeves reacts to Blair’s drunken scrapes with a nonchalant “Very good, Sir,” the reader can’t help but wonder whether Jeeves is really real or just the inner voice of an alcoholic in active denial.

Struggling with a substance abuse disorder? Is it alcoholism? Or another drug addiction? Help is available. Call toll-free 1-800-777-9588 to speak with an Addiction Specialist. We’re available around the clock to answer your call.