Mothers Fight Against Drug Addiction by Lobbying for Drug Reform 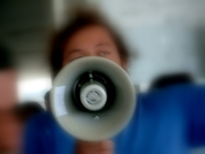 There are a number of reasons that parent may step into the spotlight and donate time and energy to fighting a cause. When it comes to drug addiction and the mothers who work to prevent the disease from striking teens, most do it because they want to help their own kids – or because it’s already too late for a child they love. Parents who know that treatment is the most effective choice for their teens – and not legal punishment – when drug addiction is an issue are working to get the word out to teens, parents, law enforcement, and government officials.

A national organization called A New PATH (Parents for Addiction Treatment and Healing) is gaining momentum across the country as chapters in almost every state work together to get the anti-drug addiction message to teens. Their Moms United to End the War on Drugs campaign focuses on helping teens get the addiction treatment l and medical care they need to fight addiction early and effectively instead of punishing teens with legal fees, jail time, and other corrective measures as the “War on Drugs” mentality advocates.

One Santa Barbara, California, mother Gretchen Burns Bergman is an active PATH member. She says that the goal of the group is not to support drug abuse or addiction but to advocate for appropriate care and treatment in response to the problem. She says that legal punishment often just makes matters worse:

“These methods of harsh punishment for drug use are clearly not working, as observed by the 75 percent recidivism rate for convicts in Santa Barbara County. So many lives and families have been destroyed by the war on drugs and all the money being used to fight drug use is simply feeding the prison-industrial complex. Moms United certainly doesn’t advocate drug use, but it is time our nation realized that the War on Drugs is doing far more harm than good in our communities.”

Mothers of teens who have died as a result of drug overdose due to a lack of drug treatment after enforced incarceration for drug-related offenses say that jail time doesn’t help.  Instead, counseling, detox, and other types of addiction treatment would help treat the root of the problem – the addiction itself – rather than simply addressing the symptoms that may include anything from violence to burglary to vandalism to drug sales and possession.

Another mother points out that the financials support the goals of Moms United and not the War on Drugs: “The state of California spends nearly $16 billion annually prosecuting drug crimes and giving felony charges to desperate people seeking relief from debilitating mental disorders. All of that money could be going into positive treatment centers where these people can get the help they need to become functioning members of society. Such harsh punishments also make it less likely that the friends of an addict will contact the authorities when they believe a friend to be overdosing.”

If you or someone you care about is living with a drug addiction, don’t wait to get help. Drug rehab is the best and only evidence-based way to effectively treat addiction. Contact us at Orchid today to learn more.