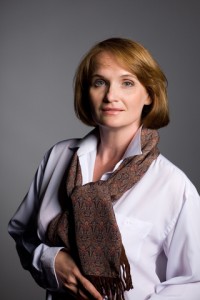 Addiction and Modern Women:  A Glimpse

Modern women are passing around a flask at boring school functions. Bottles of wine are a common baby gift at showers. Facebook pages such as “Moms Who Need Wine” and a group called “OMG, I So Need a Glass of Wine or I’m Gonna Sell My Kids” are growing in popularity with 650,000 and 131,000 followers respectively.

On the show “Real Housewives,” addiction and modern women go hand in hand: several cast members have introduced their own brands of wines. And it isn’t any wonder: According to industry trade group the Wine Institute, women buy the lion’s share of the nearly 800 million gallons of wine sold in the U.S. annually—and they are also the primary wine-drinkers.

What’s up with this trend?

Women are twice as likely to suffer from depression and anxiety as men—and are far more likely to self-medicate with alcohol. Many women who drink heavily are also the victims of sexual abuse and have or have had eating disorders in the past.

Some social scientists link the rise in alcohol consumption among modern women to the changing role of women in society. Some correlate women’s drinking to the rise in female college attendance. Others think that many women continue unhealthy drinking patterns after college and, being in male-dominated industries such as finance and technology, they feel pressured to drink often and/or heavily.

Drinking several glasses of wine can make those feelings dissipate—at least for as long as the buzz lasts.

According to health surveys, modern women are drinking more now than at any time in recent history. Between 1998 and 2007, the number of women arrested for drunk driving rose 30%, while male arrests dropped more than 7%. During the short span between 1999 and 2008, the number of young women admitted to emergency rooms for being dangerously intoxicated rose by 52%. The rate for young men, though higher overall, rose by only 9%.

Gallup polls have found over and over that the more educated and well-off a woman is, the more likely she is to drink. White women are more likely to drink than women of other racial backgrounds, but in the past few decades the percentage of women who classify themselves as regular drinkers has risen across the board.

A recent study conducted by the Centers for Disease Control and Prevention revealed that binge drinking, defined as having four or more drinks for women or five or more for men within two hours, was the greatest among college-aged women at 24%, but that 10% of women between 45 and 64 admitted that they binge drink, as well as 3% of women older than 65. What’s even more surprising is that the college-age women binge drinkers and the senior binge drinkers drank with a similar frequency of about three times a month.

If you or someone you love is struggling with substance abuse or addiction, please call toll-free 1-888-672-4435.