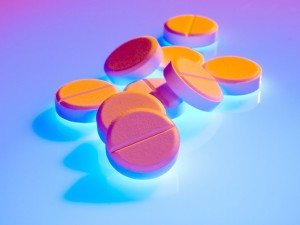 Club drugs, or designer drugs, refer to a class of drugs that came out of the rave scene and have gained increasing popularity, particularly amongst teens and young adults. Unlike drugs such as marijuana, which grow naturally, club drugs are manmade, and this can make them particularly dangerous since there is no way to know exactly what is in them. Many different types of synthetic drugs fall in to the “club drug” category, including Ecstasy, ketamine, Rohypnol, GHB, methamphetamine, and LSD.

According to emedicinehealth, club drugs typically reflect changing trends in the recreational drug use habits of young people. This class of manmade drugs often correlates to parental compounds of “traditional” drugs such as amphetamines and LSD. In other cases, club drugs may be made from cheap, readily available household items like over-the-counter medications, cleaning products, or common inhalants.

Club drugs were born from the iconic 1980s rave scene in England and quickly gained popularity in the United States for heightening the sensations of the party experience. A study found that 89 percent of rave attendees in the late 1990s admitted using Ecstasy at least once. In a hearing before the Senate Caucus on International Drug Control, the director of the National Institute of Drug Abuse reported an increase in the use of club drugs, especially Ecstasy, among those older than 12 years, supported by statistics like those reporting use of club drugs increasing from 5.1 million in 1999 to 6.5 million in 2000. While the rate of Ecstasy use has somewhat declined since 2001, its still poses significant health risks. Emergency room visits linked to the drug gamma-hydroxybutyric acid (GHB), also known as the “date-rape” drug, also considerably increased from 1994 to 2000 (from 56 cases in 1994 to 4,969 cases in 2000). 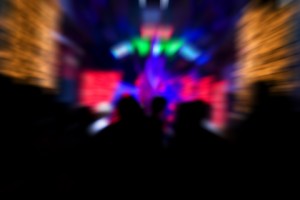 Club drugs are considered a “category of convenience” and include a broad range of manmade drugs, ranging from those that are taken orally in pill or liquid form, to those that are smoked, snorted or injected. Most of these drugs are odorless, tasteless and colorless, and they are easily disguised in food or drinks.

How Are These Drugs Abused?

The fact that many people continue to take club drugs despite experiencing physical or psychological health issues, financial problems and negative social experiences speaks to the addictive nature of these drugs. Users spend considerable amounts of time and money getting the drugs and commonly experience negative withdrawal symptoms. Depression is a particularly dangerous symptom of club drug withdrawal and can lead to self-harm or even suicide. 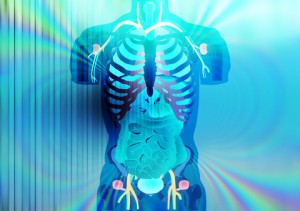 Research has shown that club drugs can produce many undesired effects, including paranoia, unhappiness, delusions, memory loss, and, in some cases, death. Physical effects can include muscle tension, involuntary teeth grinding, vomiting, blurred vision, weakness, and chills or sweating. Sudden and severe increases in heart rate and blood pressure are also common and can be extremely dangerous, particularly to those with previously existing cardiac conditions.

Because it is nearly impossible to know about the drug sources and the chemicals used to manufacture them, it is difficult to anticipate just how dangerous a drug may be and what the possible side effects of use are. Studies suggest club drugs found in party settings are often impure, making them even more dangerous. Health complications and even deaths have occurred after only one use of a club drug. Many club drugs are stimulants, which can lead to dehydration, hyperthermia, and heart or kidney failure. There is no way to know how your body will react to a club drug.

According to the National Institute on Drug Abuse, repeated use of the club drug GHB may lead to withdrawal effects. Severe withdrawal reactions have been reported among patients taking GHB or related compounds, especially if other drugs or alcohol are involved. Chronic use of Rohypnol (and other benzodiazepines) can produce tolerance, physical dependence, and addiction. There have also been reports of people binging on ketamine.

Club drug dependency can be successfully treated through a combination of the following methods:

Oftentimes, treatment works best when it is targeted to a particular demographic. Here at The Orchid, we offer female-specific addiction treatment that addresses the unique needs of women who need addiction care. If you have been struggling with club drug addiction, you don’t have to fight your way through the battle alone. We offer customized care that helps women to say goodbye to club drugs for good and embrace a life of health and sobriety.

The world of club drug use can be alluring at first but can quickly turn dark. The physical, mental, financial, and social effects of these manmade drugs far outweigh the benefits, and club drug abuse can have permanent repercussions and may even lead to death. Thankfully, you don’t have to live under the dark cloud of addiction anymore; there is a solution available.

Treatment programs, like the one offered at The Orchid, can help to address the underlying mental health issue, and therapies can be used to help ease the withdrawal symptoms. With this kind of help, women can learn how to deal with their addictions and cope with the underlying issues that spawn drug use initially. If you need help with the abuse of club drugs, please contact us here at The Orchid for assistance and support in dealing with these issues. Call our toll-free line to speak with a counselor today and we can start you on a path to a healthy recovery.