The Value of Group Drug Treatment

Perhaps the last thing a woman with an addiction wants is for everyone to know about her problems.  Yet at the same time, this hurting woman wants to be a part of a caring group.  These opposing forces can make it difficult for a woman to get started in drug rehab.  But once she understands the value of group interaction in drug treatment, she can begin a better life connected with others.

Shame And Embarrassment With Drug Addiction 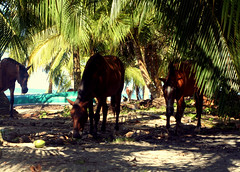 It can be bad enough dealing with the problems of life.  Drug addiction can make things so much worse.  A woman with a drug addiction is on the run from problems, trying to stay ahead before they swallow her whole.  Once an addiction catches up to her, it’s time to face the music in her mind.

The truth about drug addiction can be devastating to face.  Not only have things been going badly, but she’s dug herself a hole with drug use.  She can get caught up in just the shame of having let herself get in the grips of something terrible and socially out-casting as an addiction.

It’s important to help a woman very carefully as she’s coming to that point of truth.  The shame of admitting to an addiction can make her want to retreat, even from genuine offers of help.  Her mind may know she needs help, but she may not be able to bear the thought of facing others with that truth.  Spilling her guts in a group treatment setting may be the last thing she wants to think about.

Even with this strong conflict between publicly sharing and privately hiding, a woman gets much of her personal value from social groups.  She may be too caught up in her own pain to realize that everyone else at drug rehab is going through a difficult struggle like her own.  Other women may be just as hesitant and ashamed of their addiction story as she is.  Yet, each woman needs the connection and caring support of a group.

Each woman will gain much more by joining and sharing than she will by hiding and withdrawing.  It takes courage to take this leap of faith.  And women who do are usually well rewarded by improvement in their well being, their self respect, and their sobriety.

Everyone needs to feel like they belong somewhere, but women particularly need a social network for her personal mental health.  Drug rehab centers that focus on just women know how to maximize the value of these connections.  Women in drug rehab can experience long lasting bonds with women who understand them like no one else.