Binge drinking is a clear sign of alcohol abuse if not alcoholism.  Yet it is so accepted by many as a normal part of socializing with alcohol.  Very few people seem to understand how dangerous it really is.  Read on to learn about some very real risks of binge drinking. 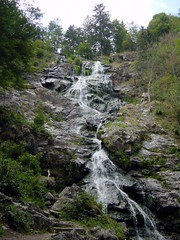 Perhaps part of the problem with recognizing binge drinking is understanding what it is.  First, the intent of binge drinking is to get drunk.  Now that may seem obvious, but that intent is quite different from someone looking to relax and have  a little fun with friends or with a significant other.  The main point there is to socialize and have fun; it’s a group-oriented goal.

Getting drunk is a very self-serving goal focused on someone’s personal experience.  They may or may not care what else happens socially as long as they are drunk.  Getting a little buzz means a person only has a couple of drinks and does so in a responsible manner.  A person intending to get drunk may or may not have this sort of plan.  And even if they do, they do not show the same concern for their own well being as someone having a couple of social drinks.

Binge drinking is one episode of excessive drinking, usually five drinks or more.  This could be as low as four drinks for a smaller woman.  Pretty much anyone who drinks like this during one period of time could expect to be at risk for the following:

Risks that may not be so obvious:

These risk factors can put a person in more short term and long term danger than they realize.  They may be focused on how they feel at the moment, but they could be ignoring important truths about their well being.

Binge Drinking Can Be Part of Alcoholism

Binge drinking, even if it’s done in a somewhat social setting, can be a sign of alcoholism.  Someone addicted to alcohol will likely need alcohol treatment to get their life back on track.  This isn’t something most people should try on their own.  Alcohol rehab can provide the emotional support to deal with the underlying emotional issues behind the binge drinking.  If you are a binge drinker or care deeply about someone who does, it may be time to find out more about alcohol rehab.