Task Force Offers 58 Recommendations for Legalization of Marijuana in CO 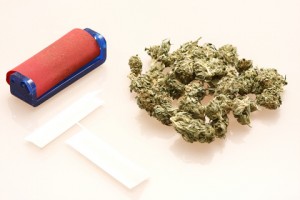 Colorado was the first state to legalize marijuana for recreational use in the fall of 2012. They are now faced with a big task: figuring out how best to regulate the new industries that will inevitably pop up as people flock to the area to exercise their new legal rights.

A task force in the state has worked to come up with some recommendations on how best to manage the process of regulation; state legislators will determine which ones to implement, according to the Huffington Post.

Barbara Brohl was the co-chair of the task force. She said: “This was ground-breaking work and the task force process went very well. It was supported by many committed and astute individuals who took the Governor’s charge very seriously. Task force members represented differing viewpoints, they addressed all issues in a well-thought-out manner and worked hard to develop sound solutions. The task force did all the ‘heavy lifting,’ but now a lot of follow up work has to be done in the coming months.”

Potential for Marijuana Abuse and Addiction

Though a number of recommendations for regulations were put into place to monitor the use of marijuana and protect the health and safety of those who are around marijuana users (e.g., other drivers on the road or patrons of bars and restaurants), there was little in the way of recommendations on how best to identify risk of marijuana abuse or help users to avoid developing an addiction to the substance. There is a minimum user age of 21, but many are concerned that legislators are primarily concerned with the financial impact of marijuana legalization with little attention paid to the possible health effects and social impact.

What Do You Think?

Are you concerned that marijuana use and abuse will contribute to rates of marijuana addiction? Are you worried that marijuana will soon be legalized in your state? Leave us a comment below and share your thoughts.