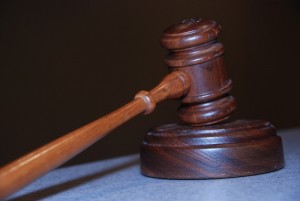 Lindsay Lohan is no stranger to the court room or to rehab and she recently revisited both, according to The National Ledger. After she crashed her car while under the influence, a judge ordered her to spend 90 days in a drug and alcohol addiction treatment program to address the issue that seems to be the driving force behind the actress’s problems. Her drugs of choice are alcohol and prescription drugs, and the hope is that 90 days will be enough to help her not only stop using both but to develop better coping skills to handle the demons that are plaguing the young star.

This is the sixth time that Lohan has gone to treatment. Does her multiple attempts to get clean and sober followed by multiple relapses that resulted in a return to rehab indicate that her time spent in treatment will be more or less successful? There are two theories.

It’s not uncommon for people to go to multiple rehabs. Though six times is a higher than average number, each one of these attempts may not have been made with the best of intentions. Rehab that is undergone for any reason other than recovery is generally unsuccessful the first time around. Often patients go to treatment for the wrong reasons, including:

Choosing to stop doing drugs for any reason other than a genuine interest in changing the course of one’s life for the better decreases the chances of success. While the reasons listed above are good ones, one of the defining characteristics of addiction is an inability to stop drinking and getting high despite the negative consequences. In other words, it’s normal and just part of the process for some patients.

“Lifers” Will Never Get Better

Some believe that “lifers” or “retreads,” people who return to treatment over and over, are caught in a cycle that they are powerless to break. Some say that they become “institutionalized” and find it impossible to live a drug-free life without someone standing over them 24 hours a day. They find value in living with an active addiction and seek treatment when they “hit bottom” only to go back out on the street and relapse when treatment becomes difficult or ends.

The fact is that the seed of sobriety may be planted during the first stay in rehab but the patient may not be ready to grow. A return to treatment may find the patient with a new perspective and give them a chance to hear the principles of recovery in a way that is meaningful. Their ability to live a sober life may increase the more often they are exposed to positive coping skills in treatment. This just takes more time for some than others.

What Will Work for Your Loved One?

Contact us at Orchid Recovery Center today and speak to a counselor about your loved one and what she can hope to gain from an evidence-based treatment program that offers personalized care and evidence-based therapeutic intervention.