Drug addiction is a complex disorder.  It involves an external chemical substance, chemical reactions inside the body, psychological changes, and behaviors.  For now, we’re going to focus on the compulsive behavior, loss of control, and relapse cycle.  These all fall under the psychological and behavioral categories. 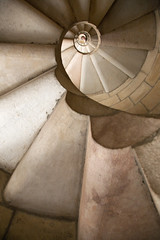 The non-chemical side of addiction strongly reinforces everything the body goes through.  Even when a drug addict or alcoholic gets through physical withdrawal symptoms and cravings, the compulsive nature of their addiction behaviors often takes over.  The addict feels that the urge to do the next hit or secure their next stash is overwhelming.

This is a big part of the relapse cycle.  An addict may start being sober for a period of time.  But if they have not consistently managed their compulsions, they will soon find themselves in a relapse cycle.  It’s not enough to just say you won’t drink or use anymore.  The compulsive nature of addiction is a powerful force that can’t be ignored.

Inconsistent Loss of Control With Addiction

A drug addiction is also strongly characterized by loss of control.  The sticky part is that the loss of control is often inconsistent and fairly unpredictable.  They might have two or three drinks one night and fifteen the next.  Same could go for a drug addict who might go clean for a few weeks or just dabble a couple of times, and then have a massive binge the next day.

These random examples of so-called control often lead an addict to believe they really don’t have a problem.  They’ll fight with well-meaning family members and friends because they hold up those few examples and minimize anything else that looks bad.

This hopefully explains why drug addiction and alcoholism is so challenging.  It’s not just about keeping the chemicals out of your body and letting your body adjust to that state.  The addict has psychological reasons for developing an addiction in the first place.  Plus, the compulsive drinking and drugging behaviors make it difficult to interrupt the cycle.  People who are addicted to drugs will often do whatever it takes to get their drugs.

Drug Rehab Equipped To Help With Psychological Forces of Addiction

And when someone says they are going to just go “cold turkey” and deal with it?  I wonder why they would choose to reject drug treatment, or even the non-professional support groups like AA or NA.  Why try it alone when the relapse rate is so high?  Part of the problem with trying to do cold turkey is that the addict only has their unhealthy emotionally unbalanced self to work with.

Yes, there are a few amazing exceptions to this – people who did it themselves and became very disciplined about their sobriety on their own.  But truly, that is the exception.  Drug rehab provides the social support and professional direction that a solo self-help attempt probably  won’t have.  Drug rehab counselors, psychiatrists, and fellow recovering addicts – drug rehab is truly well equipped to help an addict navigate through their compulsions, loss of control, and relapse cycles.