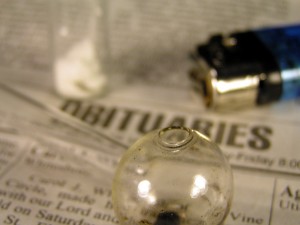 Denzel Washington has always been an elusive Hollywood star, but a year after his friend, Whitney Houston, passed due to issues related to drug overdose, he has spoken out about her problems with drugs and the dangers of addiction in general in GQ magazine.

Said Washington: “Whitney was my girl, and she had done so well in recovery. And that is the toughest part about addiction…. [But] that was a monster drug that got a hold of her, it was a mean one. You can’t go back to that one. Nobody beats that.”

Just like every friend or family member who loves someone addicted to drugs, Houston’s memory to Washington is far more than the addiction issues she struggled with during her life.

Washington said: “Whitney was such a sweet, sweet girl and really just a humble girl. You know, they made her this thing. She had a voice, obviously, but they packaged her into this whole whatever, but she was really just this humble, sweet girl.”

In Tragedy, There Is Hope

Though Whitney Houston and thousands of others succumb to overdose and drug-related death every day, there is still hope for recovery for those who remain. Thousands of people go through addiction treatment every year and many will go on to live productive, happy, drug-free lives.

It’s a hope that Washington highlighted in his GQ interview, saying: “I look at people — and I don’t think I’m speaking out of line — Sam Jackson, I’ve known for thirty-some-odd years, he was down at the bottom. And he came all the way back. And when he cleaned up, he never looked back.”

Find Hope in Your Life

When you are living in the midst of crisis due to untreated drug addiction, it’s not easy to recognize that the possibility of hope exists. But with the guidance and care of medical and psychotherapeutic professionals, it’s possible to not only stop abusing drugs safely but to learn how to remain drug-free as you pursue your goals, build new relationships, and essentially start over again.

If you are a woman living with addiction and you’d like to hear more about your options in drug addiction treatment and sober living, contact us at The Orchid today. We can talk to you about your options and help you choose your course toward the future that you deserve.