I keep hearing a public service announcement about drug abuse on the radio.  The main question is “what’s the big deal?”  This woman doesn’t like being called an addict, thinks she has a total handle on it, and says she isn’t causing anyone any trouble.  Sounds like a good topic for a blog post. 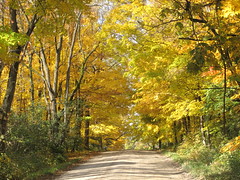 Alcoholism Is A Big Deal

Let’s assume that if drug use be seen as a big deal, it might be even easier to let alcohol slide by.  After all, it’s a legal drug and lots of people use it all the time.  Would you even know if someone had a problem?  And is it even your business if your neighbor has a few too many on the weekends in his backyard?  It’s a free country and maybe it really doesn’t matter if people suffer a few hangovers.  What’s the big deal, anyway?

Wrong.  Very very wrong.  Alcoholism is a big deal, and even bigger because so many people write it off as normal and harmless.  Countless people in bars end up highly intoxicated, sometimes several nights a week.  College kids binge drink to the blackout point on a regular basis.  People at home have a glass in their hand or a bottle at their side from morning to bedtime.

Alcohol OK For Some Addictive For Others

Millions of people use alcohol safely every day.  But for every bunch of people you see drinking responsibly, there are at least few that are abusing it or even addicted to it.  Count on that.  Just because it is OK for many doesn’t mean it’s OK for everyone.

Tell an alcoholic that she is addicted and she’ll probably tell you she doesn’t like being labeled like that.  She has it under control and she knows what she’s doing.  Also, she’ll tell you that anything she does with her drinking doesn’t hurt anyone else.

Here’s the response to those comments.  Nobody likes labels, but alcoholism fits if a person’s life has broken apart from repeated problems with heavy alcohol use.  Nobody who drinks that heavy or frequently has anything under control – it’s a lie.  Alcoholism hurts relationships with anyone that person knows, causes greater strain on the health care system, and could possibly cost someone else their life if the alcoholic behaves recklessly.

Alcohol Rehab Can Give Hope Again

Alcoholism is a big deal.  You may want to turn your eyes or make excuses, but the impact will still be there.  Untreated alcoholism will cause countless injuries, illnesses, divorces, lost jobs, and deaths than you could probably guess.  When alcohol rehab helps even a few of those people turn their life around, there’s a little more hope in our world again.