For many alcoholics, just realizing they have a problem can be a huge feat.  Change isn’t just a one step hop either.  It has several stages with important accomplishments in each one.  But before you can change, you need to recognize that it’s necessary.  We’re going to focus on the transition between the first two stages of change for an alcoholic – pre-contemplation and contemplation.

Not Aware Of Alcoholism As A Problem 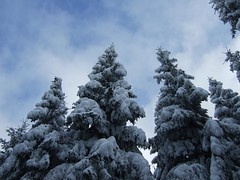 In the pre-contemplation stage, an alcoholic has no understanding that there is a problem.  They deny, dodge, and deflect any sort of responsibility.  Evidence of reality doesn’t stick to them.  The four DUI’s, the warnings at work for coming in drunk, the threat of divorce from their spouse, the assault charge from the bar fight – none of this registers at all for them.  And that conversation about alcohol rehab?  Forget about it.

They may even see that these situations have caused problems for them, but nothing is their fault.  The police have been picking on them all those times.  Everyone has turned their spouse against them, ganging up on them.  Their boss is a jerk anyway, so who cares.  The other person in the bar started the fight, they were just defending themselves.  All of it slides right off and the alcoholic continues to believe their own twisted logic.

A Glimmer of Hope With Contemplation

The next stage of change is where a glimmer of hope resides.  The alcoholic sees some cracks in their armor, perhaps for the first time.  They recognize that while they hope to be in law enforcement someday as a career, they wonder if that will happen because of their alcohol-related legal problems.  They know that even though the cherish time with their children, their drinking has reduced visitation time with them.  These mismatches are the key to an alcoholic’s recovery.

When an alcoholic can see the contrast of their reality and their hopes or goals, that’s when the seeds of change can start growing.  They understand that they really do have a choice.  They may be ambivalent for a while, feeling tugged between two different emotions or desires at once.  Exploring this ambivalent is a good thing.  It means they are facing the truth of their dilemma at that time.  When they make a choice, they will have at least done it with some clarity rather than with complete blinders on.  This is the point when an alcoholic could finally see the value of alcohol rehab.

The transition between pre-contemplation and contemplation is so important.  It does not promise the positive change will be made, however.  They could face that moment of truth and decide that they don’t want to give up drinking just yet.  The truth is still too harsh and drinking is still too comfortable.  But at least they have some chance of seeing what’s ahead of them.  Next time they are at that decision point, they might decide to go to alcohol rehab.