Alcohol Kills: National Stats and Facts on Driving Drunk in America, Part I 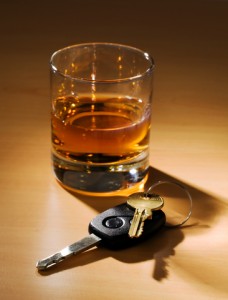 You know that driving after drinking alcohol is dangerous. But do you know just how dangerous it is? Despite the public service announcements dedicated to the topic and the prevention measures taken in the form of informative classes in high schools across the country, car accidents caused by drunk driving are still a highly common cause of death in the United States. Too many still think that they’re okay to drive after a few drinks at dinner – and end up in a deadly car accident.

Do you know when to say “when”?

According to the California Department of Alcohol and Drug Programs, the following occurred in the United States in 2009 due to drivers who drove under the influence:

Losing Someone to Drunk Driving

It’s a terrible and devastating hardship to lose someone you love for any reason, but when the cause is as senseless and avoidable as a drunk driving accident, it almost makes it even harder to bear. Those who are left behind often end up succumbing to their own alcohol and addiction issues, creating a heartrending cycle that is difficult to break.

For loved ones who watch the process of grief unfold, it can be difficult to intervene. It may feel as if it is insensitive to shine the light on the alcohol problem in the face of such profound pain. But the fact is that when alcohol abuse continues, it can turn into addiction – and substance abuse and addiction can mean even more accidents on the road and lives lost.

If someone you love is in need of treatment for alcohol abuse, contact us at The Orchid today.

If someone you care about is drinking before they get behind the wheel, say something before it’s too late. Call now to talk to a counselor about our rehabilitation programs for women here at The Orchid.