Is Internet Addiction the New Trend in Addiction Treatment? 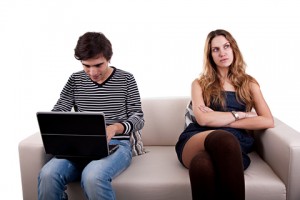 While some media sources are touting all the reasons why internet addiction is not only “a thing” but a very serious issue that many are living through without treatment, others are questioning the validity of the disorder. If we can become addicted to internet usage or electronic equipment, can we become addicted to anything? If so, how do we address it? What is the cure?

The Evidence of a Fad

A trend develops when all the elements fall into place and people glom onto an idea that is theoretical and turn it into a fact. Fad-like behavior is seen in:

From Trend to Diagnosis

The Diagnostic and Statistical Manual of Mental Health Disorders (DSM) is the final word on what is a disorder and what isn’t in this country. It’s used by insurance companies, medical professionals, and psychiatrics in every state to determine the best course of care for a patient. In it – as of yet – there is no mention of internet addiction or addiction to any form of technology, from use of the smartphone to video games.

Does that mean that internet addiction does not exist? Not necessarily. Every disorder has to be identified, studied, and understood before it is included in the DSM. We may just be at the beginning stages of identification: anecdotal evidence.

Are You Addicted to the Internet?

Internet addiction, thus far, has been defined similarly to drug addiction. You may experience:

Do you think Internet use can be addictive? If so, do you think it’s an issue that can be addressed through treatment? Leave us a comment below and tell us what you think.