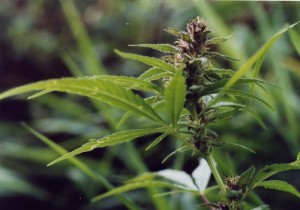 According to the National Institutes of Health Medline Plus, about 1 in 10 patients who have fibromyalgia use marijuana to deal with symptoms that include:

In a study published in the journal Arthritis Care & Research, researchers looked at whether or not this was an effective approach to treatment.

A disorder that is hard to define, fibromyalgia is a chronic disorder that is defined by a range of issues, including sleep disturbances, aches and pains, general fatigue, and more. It is estimated that at least 3 percent of the American population is diagnosed with the disorder, and it is more commonly diagnosed among women than men.

Can Marijuana Work to Treat Fibromyalgia?

Dr. Mary-Ann Fitzcharles is a professor of medicine at McGill University and a consulting rheumatologist at the Montreal General Hospital of the McGill University Health Centre in Montreal. She says: “Standard drug treatments for fibromyalgia-related pain provide only modest relief, and some patients self-medicate with marijuana and other traditional therapies.”

Fitzcharles and her team conducted a study that looked at the efficacy of marijuana and prescription cannabinoids like nabilone and dronabinol in the treatment of 300 patients diagnosed with fibromyalgia and 155 patients diagnosed with another chronic pain disorder. About 80 percent of the patients used marijuana, and 72 percent of this number reported smoking less than 1 gram a day – though a few reported smoking a significantly larger amount.

What was the result? Those who used marijuana as a remedy were more likely to:

Balancing the Pros and Cons

Though symptoms may be mitigated by use of marijuana, it seems that the risk of far more harmful effects of the drug are just too great to rationalize its use. Developing a dependence upon an illicit substance is not a fair trade-off to mitigate pain.

Whether or not your addiction started with the effort to self-medicate chronic pain, you can get the help you need to heal when you contact us at The Orchid. Call now to learn more about our effective drug rehab programs for women.