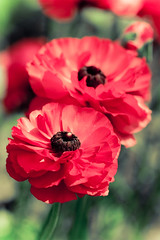 Young Women At Risk For Drug and Alcohol Addiction

Young girls in middle school and high school, young women in college, young women just beginning their career — this is the group of women most at risk for developing drug and alcohol problems.  They are at so much risk and yet many young women abuse and become addicted to drugs and alcohol every day.  Read on to learn important information about young women, drugs, and alcohol.

Women At High Risk For Developing Drug And Alcohol Abuse

The Office of National Drug Control Policy cites a recent study about young women using drugs and alcohol.  The bad news is that young women are more vulnerable to being caught up in a drug and alcohol abuse than young men.  The consequences are worse for young women, and they can become addicted more quickly than young men.  Society may treat it as an issue that affects males and females similarly, but this is clearly not the case.

Men and women use drugs and alcohol for different reasons.  Women attempt to soothe depression and anxiety by getting high or drunk.  Men often drink as a response to stress.  The drinking becomes a distraction activity so they don’t think about their bad day at work.  Also, drinking and using drugs is sometimes seen as macho or masculine.  A man wanting to keep his image in good standing may drink heavily with the crowd.

Young women, especially younger than twenty five, are often emotionally immature.  Their emotions are more likely to be in the forefront of their minds and to determine their choices.  These emotions tend to be more volatile and thus more challenging to manage.  So when a young woman experiences great emotional pain at a vulnerable time of her life, it may seem absolutely and completely overwhelming.

Their impulsivity may lead them to seek a quick-fix such as alcohol or drugs.  While this may seem to work at times, drinking and drug use actually strengthens a person’s emotional ups and downs.  A woman’s body also absorbs alcohol and drugs more quickly, and it shows signs of intoxication with a lower amount than for men.  Even more frightening is the prospect of a young woman starting a hard drug like methamphetamine or heroin that can become addictive within just a few uses.  Put these elements together and you have a good recipe for drug and alcohol abuse or addiction for young women.

Drug And Alcohol Rehab For Women

Young women who’ve developed a drug addiction need drug or alcohol rehab right away a longer addiction goes.  The more challenging it can be to get and maintain sobriety.  If you are young woman or know a young woman in this situation, please give them information about drug and alcohol rehab.  Let them know you care, and that their life can be better with help.