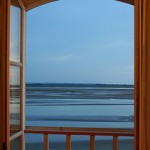 Addiction affects both men and women, and there are predictable elements to addiction that go across both genders.  However, men are simply not the same as women.  Yes, both are human beings.  But some differences are undeniable and and have endured over the ages.  How can the addiction be separated from the experience of being a woman?  The answer is – it can’t.

Women often come about their drug addiction in ways that differ from men.  Women who have survived sexual abuse, domestic abuse, or mental illness (such as depression or anxiety) sometimes turn to drugs to soothe their emotional pain.  In fact, drug or alcohol use is high among sexual abuse survivors.  Anywhere from 50%-70% of women who have endured sexual abuse also use drugs.

The personal invasion and shame of sexual trauma is numbed by drugs and alcohol.  A woman who’s had both sexual and drug abuse devastate her life needs nurturing and the restoration of her feminine strength and identity.  Social roles, ethnicity, and culture play big parts in a woman’s life.  A woman’s role in her family might differ greatly from that of a man in the same culture or society.  A woman’s function in a spiritual community many have different meaning than a man in the same group.  All of these elements must be carefully considered when treating a woman with addiction.

Women’s health and addiction are closely related.  Unfortunately, women take a heavier hit on their health than men do in several ways.  One of the clearest signs of serious health problems for a woman is when her menstruation stops.  Heavy drug and alcohol abuse will certainly do this.  When it’s that bad, a woman’s entire reproductive system and functioning will become impaired.

Women with addictions also get a “grab bag” of health problems; long-term side effects from processing large amounts of toxic substances.  Breast cancer risk goes up in a direction relationship to how much a woman drinks.  Breast cancer is the most common cancer for women.  Alcoholic women put themselves at the top of the risk chart, probably without realizing it.

With all the different needs, starting points, and health problems associated with women and drug addiction, a drug rehab facility for women is the only place that will really treat the whole woman.  The Orchid Recovery Center has a unique treatment philosophy that centers on holistic drug rehabilitation and healing.