Woman Fakes Cancer to Get Money for Heroin Addiction 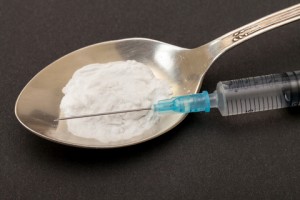 Brittany Oxarowski is facing charges for soliciting donations online and from her community to pay for cancer treatments when in fact she was using the money to pay for her heroin addiction. She put up a website that detailed her “struggle” with cancer, the medications and medical treatments she had supposedly undergone and even started a Facebook page. Both featured a picture of her smiling bravely and detailed her ongoing need for funds to continue fighting the good fight against the deadly disease. Her song and dance was exceedingly convincing – as a heroin addict, she did look like she was dying – and she allegedly stole thousands upon thousands of dollars from well meaning people hoping to help her heal, according to the New York Daily News.

On her website, Oxarowski wrote: “In September of 2011 I was diagnosed with stage two ovarian cancer as well as stomach cancer. After multiple treatments of both radiation and chemotherapy I had beaten cancer as of December of 2011. I was cancer free until they had found a tumor on my left hip in February of 2012. That is when I found out I have bone cancer. The cancer has spread to my spine as well as my brain.”

Suffolk County prosecutors are not going to let it slide. They say she never underwent any of the procedures that were supposedly the reason for asking for money. Said Suffolk County District Attorney Thomas Spota: “There was no cancer, no chemotherapy, no radiation, and no medical bills. There was just heroin.”

It wasn’t just strangers who were fooled by Oxarowski’s scam. Neighbors who she had known her entire life were drawn in. One even gave her $10,000 and was hurt and shocked to find that the whole thing had been a lie to support her drug habit.

Now, Oxarowski not only has to deal with her heroin addiction but 24 criminal charges that include forgery and petty larceny.

If your loved one is living with a heroin addiction, help her to heal before she ends up in front of a judge. Call now for more information about our woman-centered addiction treatment program here at Orchid Recovery Center.