The Myth of Drug Addiction and Will Power

There are lots of myths and mistruths that swirl around drug addiction.  It’s such a hush-hush topic, people have a hard time talking honestly about it.  One myth that many people hear and believe is about will power.  A person with an addiction is weak and has no will power.  If they would just buck up and tough it out, they could control or stop their drug use. 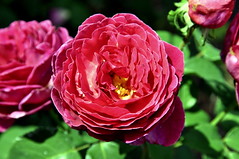 This myth actually expands beyond just drug addiction.  People also commonly believe the same about mental illness.  If someone with depression would just “pull themselves up by their boot straps”, they would be fine.  This false belief puts the blame on the person rather than acknowledging depression or addiction as serious conditions that require help.

Drugs and alcohol affect the body’s chemistry every time they are used.  When the body’s chemistry is changed frequently enough and strongly enough, the body begins to adapt.  Neurotransmitters throughout the body change they way the operate.  And when the drug is not present after a period of heavy use, withdrawal symptoms develop.

Also, drugs and alcohol affect a person’s brain functions such as judgment, memory, ability to reason, and emotional regulation.  All of this adds up to a person who becomes conditioned to need and use drugs compulsively.  If will power was all it took to overcome this, we wouldn’t have nearly so many addicted people in our world today.

For some drugs, withdrawal symptoms are so painful and uncomfortable, even the most steel-willed person would be challenged to push through it without any drug detox or drug treatment follow-up.  Another problem is the development of “addiction thinking”.  Drug addicts and alcoholics use a large range of excuses and logic.  This is done to protect and justify their drug use.  Unfortunately, they also believe this addiction thinking more frequently than their good logical thinking (when it might briefly arise).

These mental and emotional habits an be so challenging to break.  Imagine being told that everything you are doing right now has to be stopped and changed to the opposite.  You would immediately become  concerned and protective of your valuables and relationships.  You’d have difficulty believing that everything you’ve been doing for the last several years to build your life has been dead wrong and it all has to go.  If you are married, get divorced.  If you have a good job, quit.  If you have a nice house, you get a shack.  If you have good friends, be mean to them.  None of that makes any sense, does it?

Imagine a drug addict, deeply entrenched in addiction thinking, being told to go to drug rehab and get sober.  They are likely to feel the same way about making so much change.  It isn’t really about will power, it’s about a completely distorted way of thinking.  Using the drugs and alcohol has value to them, even if it is misguided.  It’s used to cover up pain of some kind.  Take away the drugs, and the pain might become overwhelming.  Will power simply isn’t enough to make things right.  Drug rehab has the people and the atmosphere to help a drug addict take the first step toward sobriety.

If you hear someone spreading this myth about drug or alcohol addiction and will power, stop it dead in it’s tracks.  Let that person know it’s more complicated than that.  People with addiction need support and drug

treatment to get better.  Every effort you make to bring out the truth about addiction breaks down the stigma.