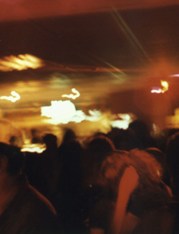 Kristin Cavallari is one of the stars of MTV’s The Hills, and she is not happy. She says that MTV and Us Weekly manipulated the truth and used false allegations of drug addiction in order to boost their ratings. She says that her recent Us Weekly cover that claimed she needed to go to drug rehab and that her parents wanted her to seek addiction treatment were absolutely false. Says Cavallari: “Basically, all that was to get ratings.”

Cavallari Says She Has No Drug Addiction or Abuse Issues

Not only does Cavallari say that she doesn’t need drug rehab, she claims she has no issues with drug abuse, either. Cavallari firmly believes that the producers of the show – one producer in particular – created those rumors in order to garner ratings and she is “really pissed off.”

Cast as the ‘bad girl’ of the show, Cavallari believes that the rumors were a part of the job. Though she doesn’t regret signing on for the show, she expressed disappointment and anger that show producers would go as far as they did.

Says Cavallari: “I think it was really unfair how they messed with our lives like that. Watching the show really broke my heart. When the first episode aired, I locked myself in the bathroom and was crying for hours because I was so upset about how they were portraying me.”

Setting the Record Straight on Drug Addiction Issues, Past Problems and The Hills

Cavallari is not about to sit back and let the stories be told. She is fighting the very well publicized negative image of herself on The Hills by attempting to set the record straight. Cavallari avoids tabloids and internet gossip and handles each allegation of partying hard or being a ‘bad girl’ as it comes. She even says that much of what viewers see on the so-called reality show is nothing more than a script provided by the producers. Cavallari says that “almost all of it” was fake.

Determined to change the industry for the better, Cavallari is working on becoming a reality show producer herself. She has taken a role on ABC’s comedy, The Middle, and keeping things quiet about any reality show producing projects that she has in the works. Says Cavallari: “I really enjoyed having a say in what happened and being behind the camera. It will be nice to be out of the spotlight a little bit too, to be honest.”

Finding Drug Rehab When You Need It

If you or someone you care about is a bit more like the bad girl portrayed by Cavallari on TV and a little less like the actress herself, contact us at The Orchid. We offer drug rehab for women that can help you rebuild your reputation.